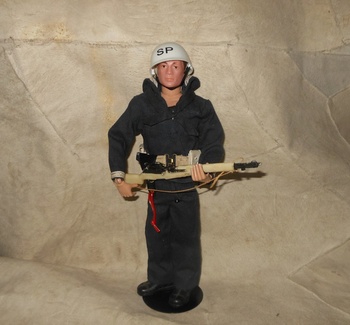 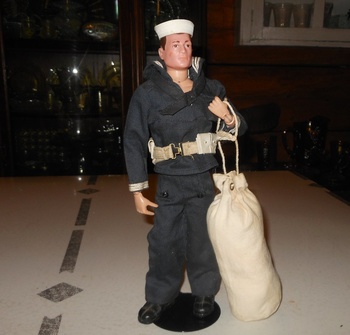 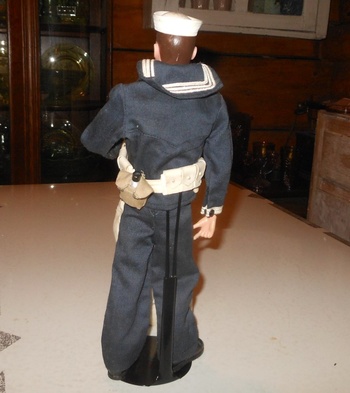 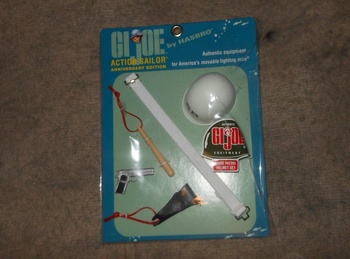 Picked this up about two months ago which was also two Rose Bowls ago. I am a bit behind.
The figure came as it is in photo #2. The canteen did not come with that set and also that belt is from another set. All the missing pieces are on the card seen in photo #4. That is a 40th anniversary card circa 2002 so it is safe to open it up and use it. I did end up using the original belt. It has probably been with that figure for the last 50 years. The rifle is a vintage knock off from around the same time period. As it is an m1 Garand rifle the belt goes well with it as it is the ammo belt for that rifle.
Now I am only about a month behind.