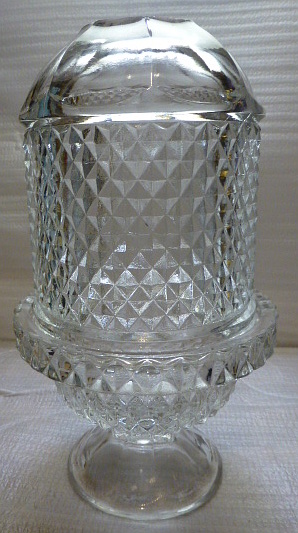 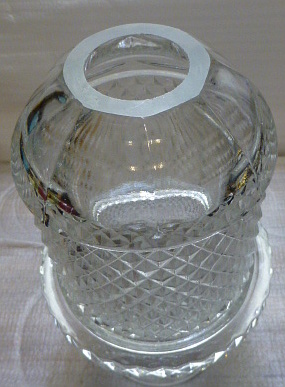 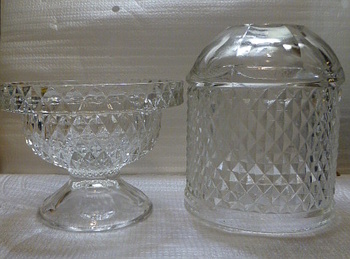 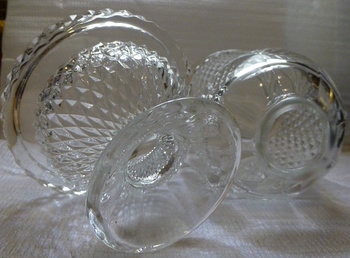 Here is Viking's most uninspiring fairy lamp in its least inspiring color, 6 3/4" tall x 4" wide. Still a very pretty piece of great American glass. Found this mint example for $.99 today and I am not sure if I have an example so rescued this one (oops, just happened to glance up at the top shelf of my book case and there sits one in amber) . I have quite a bit of Viking Glass, some of it really stunning and, except for a frog paperweight and a Madonna head, I think this is my only other piece in crystal. Viking was known for brilliant reds, blues, oranges, greens, etc. Viking was originally called New Martinsville Glass Company but the name changed to Viking in 1944 under new management. They were located in New Martinsville, WV and closed in 1998. I do have a few pieces of crystal glass from when they were New Martinsville Glass. There is a very skinny article on New Martinsville Glass Company on Wikipedia. Dean Six wrote a good book on Viking Glass and it is fun to just flip through it. Say, why doesn't CW have a Viking Glass category?