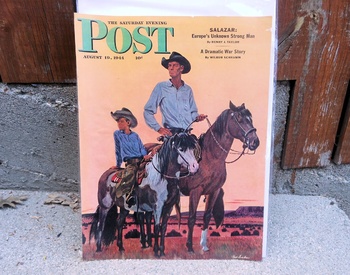 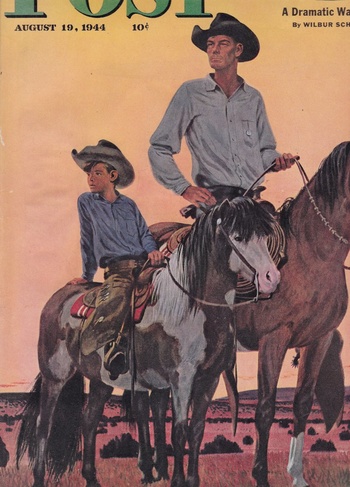 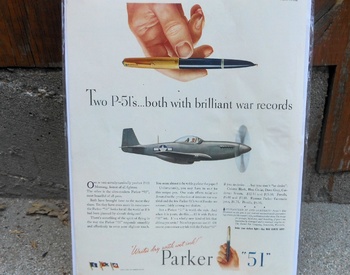 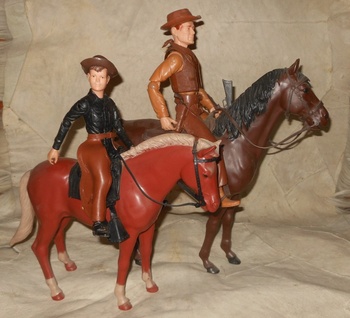 Picked up this Saturday Evening Post Collector as it looked a lot like Johnny West. See photo #4 and judge for yourself. The father in the painting even has the same tobacco tin hanging from his shirt pocket that Johnny West has. It is a good painting anyway and fits in well with my Johnny West Collection.
The cover is from 1944 and Johnny West started in 1965. Probably it is just a coincidence but then again perhaps not. The boy is a brown haired Jay West, normally Jay had blond hair but once again I think it is a close match.
In the meantime the P51 Mustang had a pen named after it. Better than the P38 Lightning which had a can opener named after it.