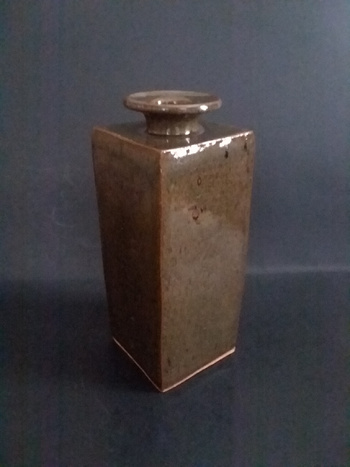 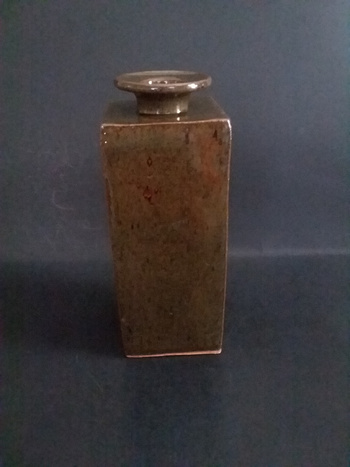 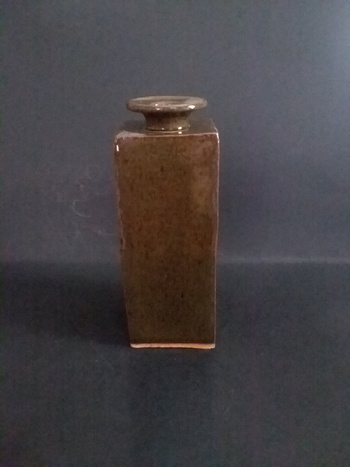 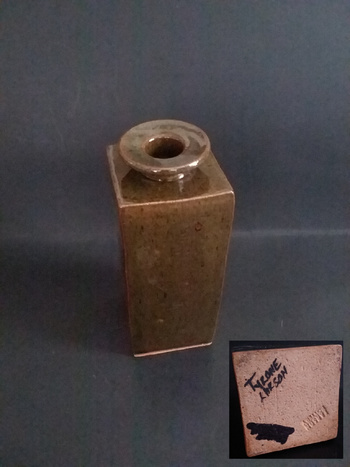 This piece is 8 1/8" tall and 3" square and is signed by the artist. It is also glazed inside. It is about 50 years old but has survived in mint condition. The piece does list slightly on one side as shown in image two, but my camera angle greatly exaggerates the lean. Tyrone Larson and his wife, Julie Belle Larson, worked together, with him doing the pottery construction and her doing the glazing. Tyrone apparently mad an error in his signature on this piece and blacked it out and wrote again in a different spot. I think I paid $3.99 for this. The first image has a bit of dust on top which I did not notice until I finished my images. I apparently dusted the piece while handling it.

Tyrone Larson began working with his wife Julie Larson in 1966. Tyrone, a self-taught potter did most of the wheel throwing, while Julie concentrated on glazing, and designing new pieces which referenced Italian pieces she had seen as she grew up in Italy. Work that was geometric and architectural often used slab construction techniques. From 1966 to 1986 their preferred clay body was stoneware often decorated with 23 K Gold and Platinum Lusters.

After 1986 their work was completely collaborative. They began to cast porcelain allowing them to further develop their interest in the architectural and geometric forms of earlier slab constructed work. Julie applied a thick coat of glaze directly to the unfired porcelain forms. She covered the surfaces with bold geometric areas then often added the silhouette of an animal. The surfaces of many of these pieces are airbrushed using slip and then given a coat of clear overglaze. 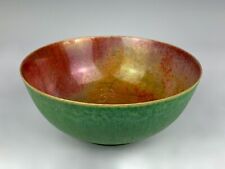