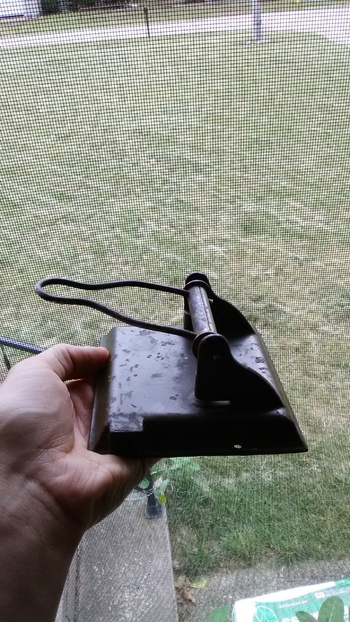 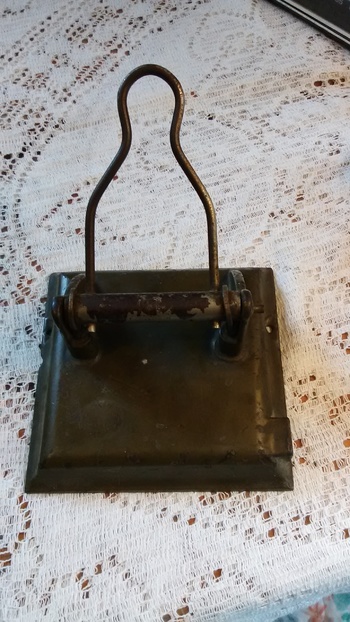 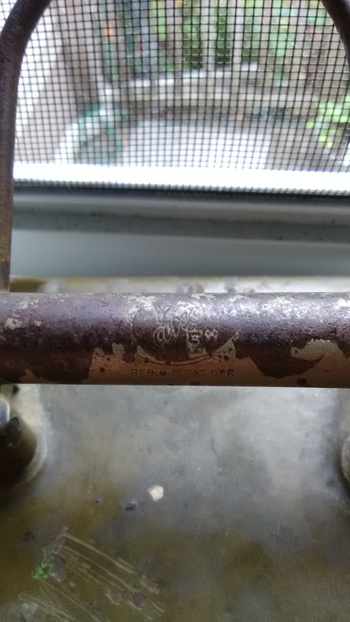 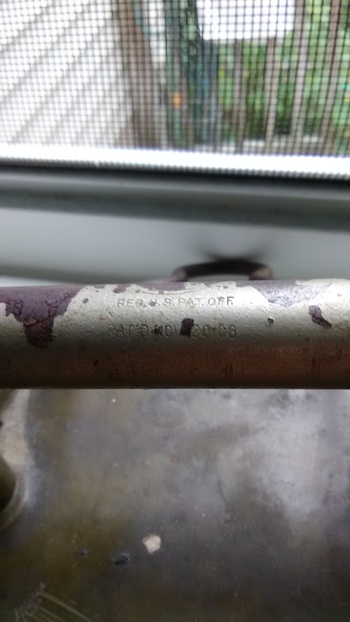 I found this at the thrift-store today: Patent November 20th, 1906, hole-puncher which appears to say (Big "C" with "Y" then "an" inside) "C Y an" and big "5" little "99" (it looks like a price, which is doubtful). on the cross-bar into which the wire handle joins. It took me a moment to understand the function of this device as I've only ever used a hand-set puncher.
It also says "Reg. U.S. Pat. Off." According to Google, quote: 'The "Reg. U.S. Pat. Off." (Registered with the US Patent Office) label was the precursor to product registration (the R in a circle) under the Lanham Act (also known as the Trademark Act) of 1946.' Now, I have seen "Reg. U.S. Pat. Off." on items I know to be after that year, but I would think this is generally true? So, that such appears on this hole puncher should help date it to before 1947?
I did not find any online under "Cyan 1906 hole puncher" and similar searches. Is there another name for these that I am missing, or does someone know more about this particular model?