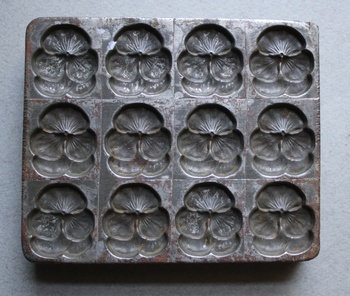 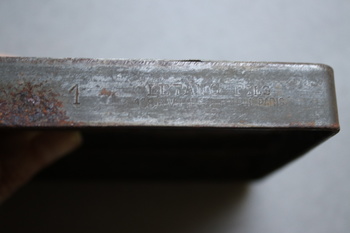 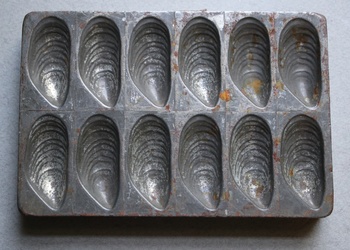 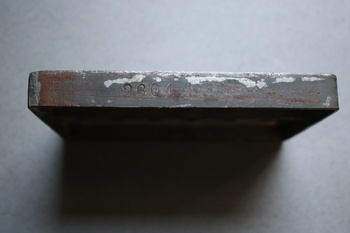 I initially purchased these to sell in my shop but couldn't part with them so I returned to the antique mall where I found them and bought more to sell. I think you'll agree with me that the detail is absolutely spectacular in these pansies and oyster shells molds. The molds are probably antique- early 1900s, and since I'm unsure of the metal composition and not a chocolatier either, I'm going to be displaying them rather than using them. Létang Fils has been in operation since 1832 and is a famous and well-known company. You can see in the second and fourth photos the mold numbers and the company name and Paris address.

I hope everyone has been well. I've been absent for a while with it being the end of the school year (My son will be a high school junior in the fall.) as well as preparing for the summer. We have my stepson and his family coming to visit, a party for my son's viola playing friends from the school's symphony orchestra, and preparations for my son's month long camp, which involves a 1200 mile bike ride to Nova Scotia. Additionally, my husband and I are going to Paris for 10 days so I've been incredibly excited about this!