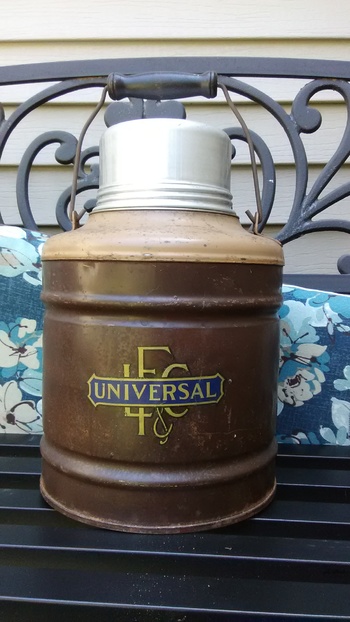 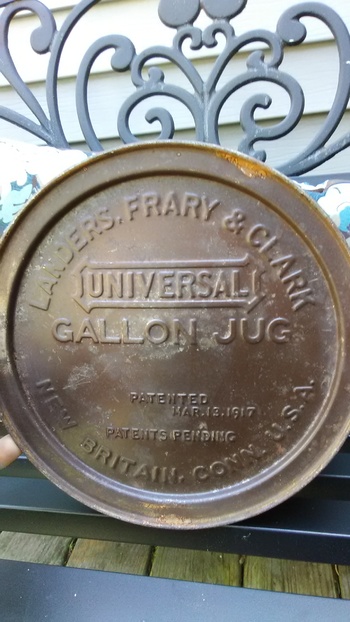 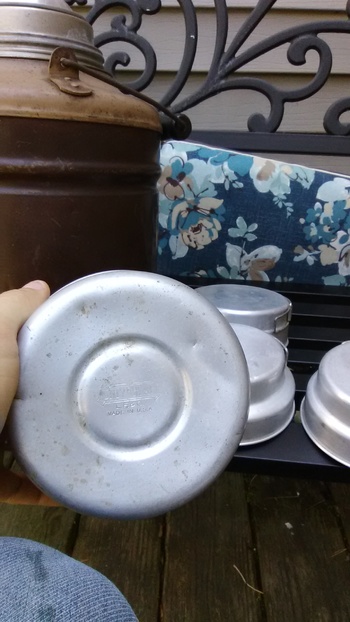 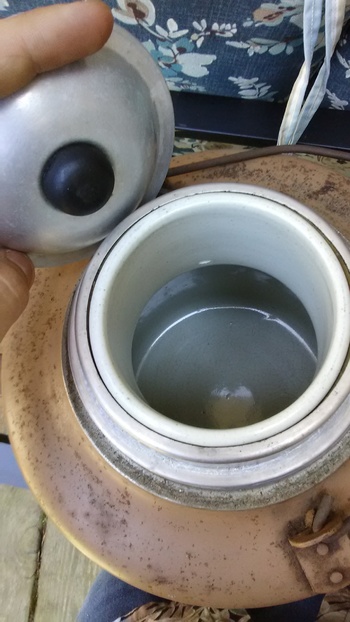 I was surprised no one bid on it: while bulky, heavy, and typically used for camping, I thought it looked neat and could have great use (so, I was the only bid). It is a porcelain-lined Landers, Frary, & Clark Universal gallon jug: patent 1917, still offered in a 1961 boater's catalog. It appears that they made another jug patent in 1926. There is offered as the "Stratosphere jug" in 1945 a chromium-plated jug marketed for flying as their improved model was supposed to keep constant pressure. This one comes with several fold-out handled aluminium bowls, one of which is also the screw-cap. The main plug (which is itself plugged with a hard rubber knob on a screw) is full of what looks like cork bits and something else, interestingly enough. At first I thought it was meant to hold pepper. Hah hah. There appears to be a newer model with a spout.