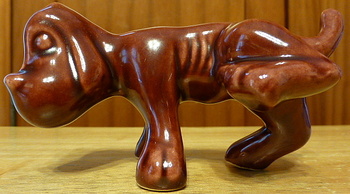 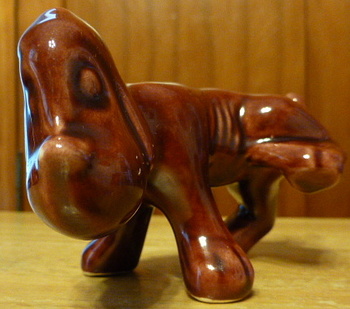 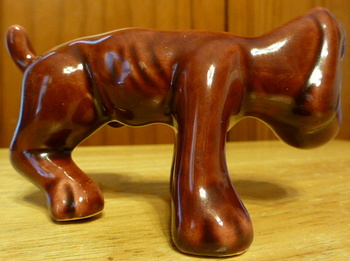 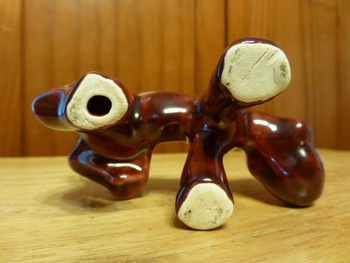 I have read that these peeing dog figurines were part of the Setter Grapette Soda advertising campaign in the 1950s. This measures 2 1/4" high x 4 1/4" long x 2" wide at widest point.” I paid $1.99 for it at Goodwill today. Apparently there was also one doing #2. Camark Pottery began in Camden, Arkansas in 1924. Jack Carnes was the founder of Camark Pottery which made pottery in many types of glazes and wares. John Lessell was the director of Camark Pottery starting in 1926, developing lines of art pottery similar to those he produced for Weller and Owens. Lessell died shortly after production began at the plant in Camden, Arkansas. The company was bought by Mary Daniel and produced pottery until 1983. A lot of good information abuot Camark Pottery here: 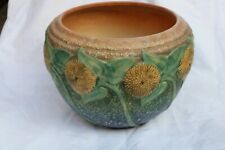 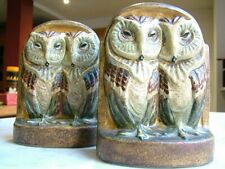 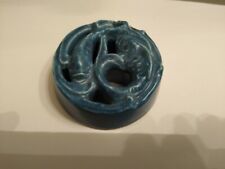