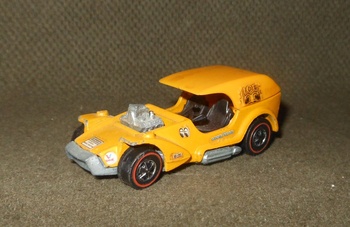 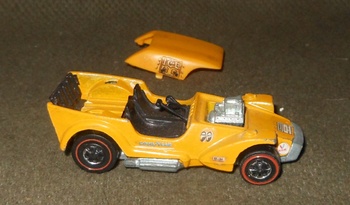 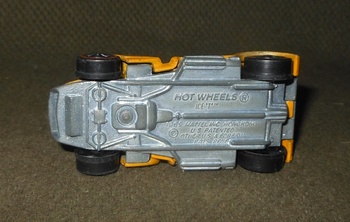 This Hot Wheels model was based on the Monogram model designed by Tom Daniels. Unfortunately it is missing the ice cubes that go in the back. Also it didn't come with the sponsor stickers.
This is based on the ice trucks of old but rather loosely based. Even more loosely based than the bucket T hot rods which at least have that radiator that looks like it is from a Model T. The top comes off and the tail gate opens. The tail gate also closes. I think it is a bit of a given that if something opens it also closes. But one must say it opens and closes.
Yellow was the only color for this model. Sort of like the Model T which Henry Ford only came in black but it actually came in several colors at that time. This one though only came in yellow. 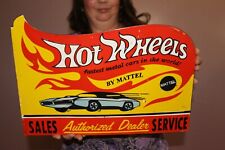 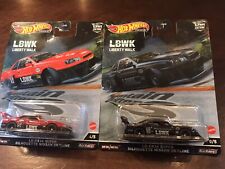 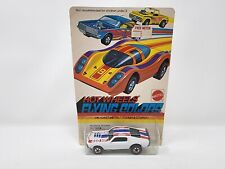