Harry Linder was born in Helsinki, Finland on 13 October 1886/8. He emigrated with his parents and siblings to Chicago, IL about 1895 and moved to Southern California in 1916 or 1917 where he settled in Long Beach. He established his own studio and gallery in Long Beach where he exhibited his works and the works of local artists, in particular his friend Guy Rose. He had a solo exhibit in Chicago in 1927. Linder died on 28 July 1931 in Los Angeles, CA. Where he received his artistic training is not known but he is listed as a gallery artist in the 1910 Chicago census. Linder often painted in pastels, the medium this painting uses. This work is 27" l x 7 1/2 h (opening n the frame). There are several examples of his work in this size to be found using a Google search. He is reasonably well listed and his works seem to sell in the low hundreds of dollars. I found this one at a Habitat for Humanity Restore for $6.00. I spotted this last week and recognized it as the work of a talented artist and probably a pastel, but didn't like the colors. After coming home and researching the artist, I decided it was too nice to pass up. I went back on Tuesday but they were closed for 4th of July. Amazingly it was sitting just where I had left it on Friday when I went back today (Thursday). I'm too cheap to buy a fancy cell phone with Internet service, but maybe I should start taking my Fire with me and find free Internet in the cities where I am scavangering. This was about an hour from my home. 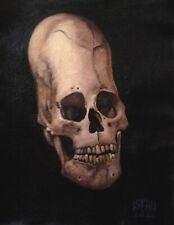 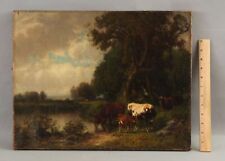 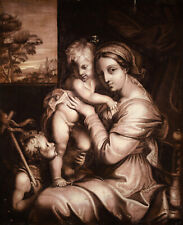