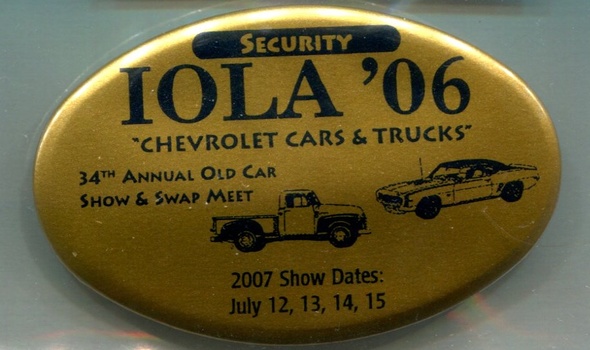 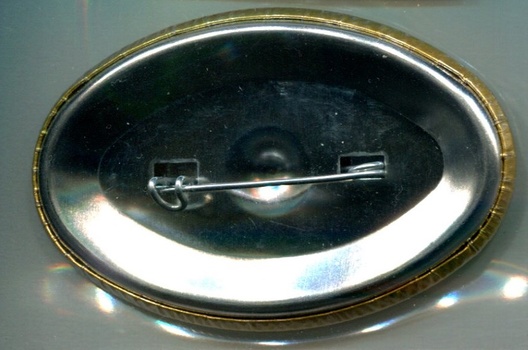 Anyone in the mid-west who has an interest in old cars surely knows of this show. Every July the small village of Iola, Wisconsin with a population of about 1400 hosts an old car show which brings in around 100,000 visitors. The show had it’s start in the early 1970’s and has been growing nearly every year since. Security is a major concern. Law enforcement volunteers from within a fifty mile radius can be seen in their uniforms every year. One of the collectible spin offs of the car show are the various admission buttons issued every year and the rarest of these buttons are the ones issued for non-law enforcement security volunteers.