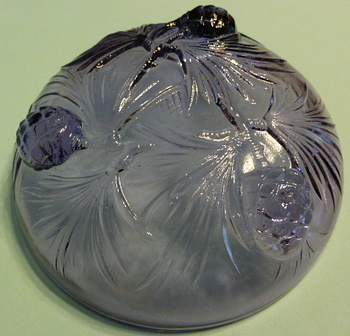 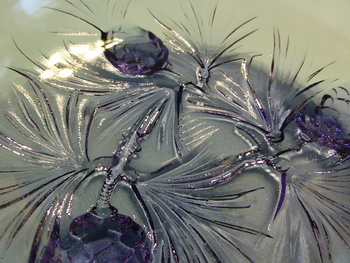 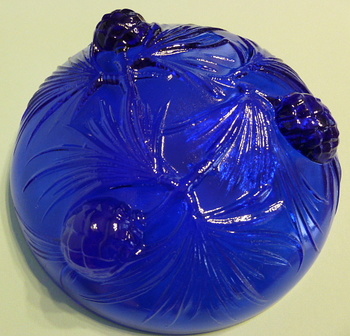 From a seller's description on ebay "vintage (pre 1957) Verlys Pine Cone Bowl made with the original molds and high quality glass by Heisey Glass Co. in a special edition for Holophane Glass, the owner of Verlys of America. (You will notice the Holophane Prism Logo molded in the inside center of the bowl. This bowl is in a light lavender shade and will be an exquisite addition to your home. We have owned it since 1957 and the bowl has garnered much attention from our family and visitors. Its dimensions are: 1-3/4" High X 6-1/4" Diameter and weighs 1 pound. " Luckily I found one in lavender, identical to the one in the auction, two in blue and one in light green for $3 each at a thrift shop. Calling these Heisey, since Heisey made them. 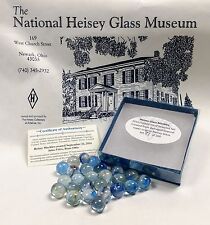 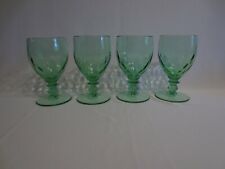 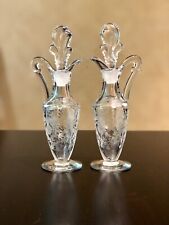 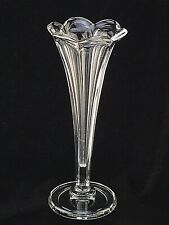