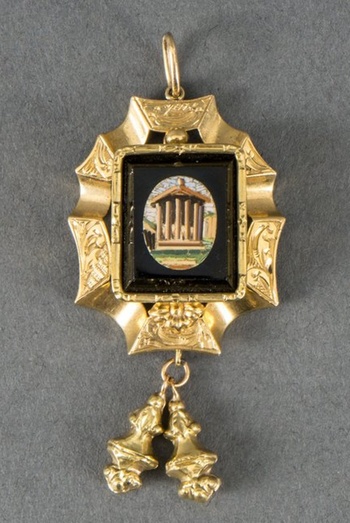 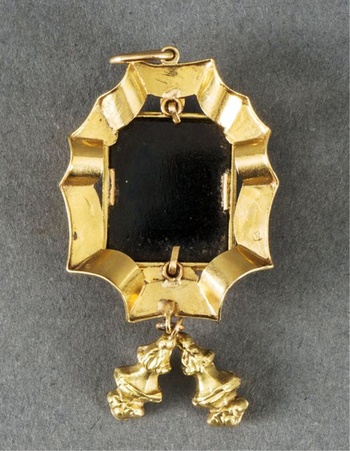 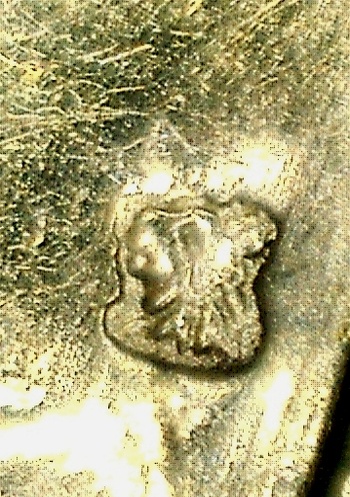 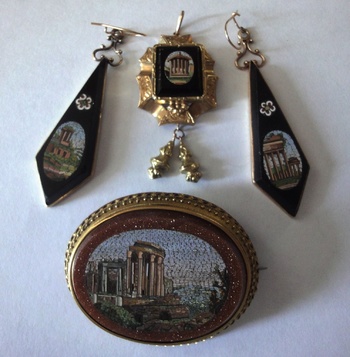 From the Renaissance they began to be made in Italy, reaching the height of their popularity in the mid 19th century, when Rome was the centre of production; there was a Vatican Mosaic Studio from 1576, set up to create mosaic replicas of the altarpieces in St Peter's Basilica, which were being damaged by the humid conditions of the vast and crowded interior. They were popular purchases by visitors on the Grand Tour, easily portable, and often taken home to set into an object there. Typical scenes were landscapes of Roman views, rarely of any artistic originality, and the micro mosaics were small panels used to inset into furniture or onto snuffboxes and similar objects, or for jewelry.
My newest appraisal 18K Micro Mosaic Vesta pendant especially the nice golden decorations. Dutch lion mark (photo 3) 18K gold mark in use 1814-1906. The glass tiles (tesserae) are placed on a background of Obsidian (is a naturally occurring volcanic glass) a vitrified rock (fast solidified lava).