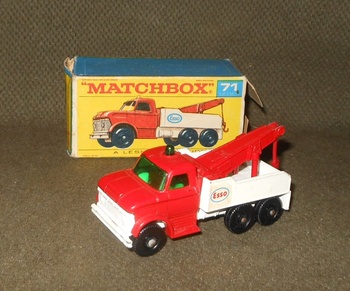 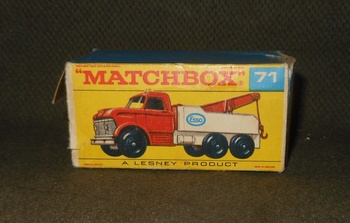 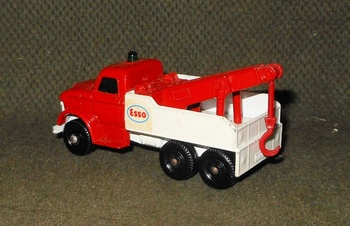 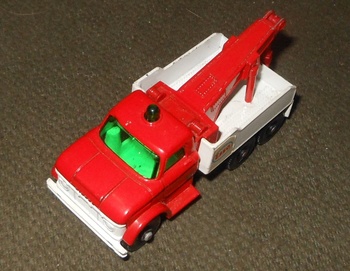 This was introduced in 1968 and sold through 1969 with the regular wheels. After that it was superfast wheels.
The box here is the F Style box. 1968 most of the models still had E style boxes. I think they had already printed up a lot of boxes so used them until they were gone. By 1969 the F style box was standard. This model only came with an F style box.
The Ford heavy wreck truck was indeed a heavy wreck truck. It is a bit beefy. The Dodge wreck truck that proceeded it was a standard pickup with a tow rig. Those a bit rare these days as they use flat beds and heavier trucks now.
For us Americans wreck truck is English for tow truck.