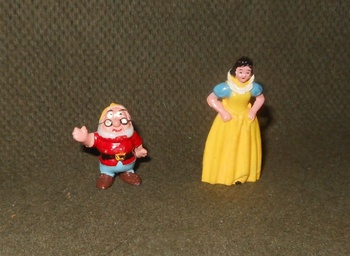 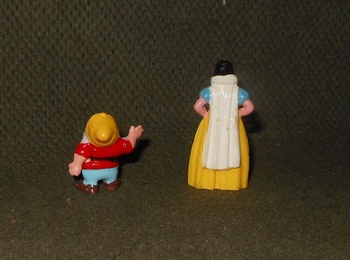 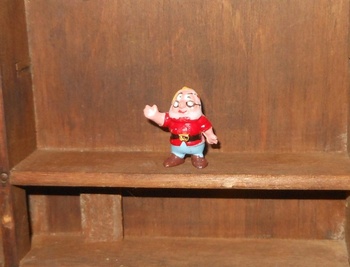 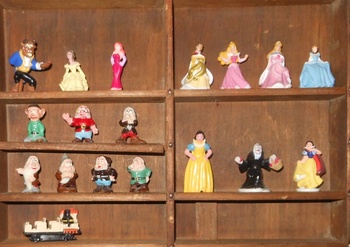 Bought these a couple months ago and am just now getting around to posting them. Finally finished my loose Snow White and Seven Dwarves set. I have a boxed set that is complete but they are glued to the base but I had no loose Snow White or Doc. Doc is important as he is the head dwarf.
As for how long they were made I think it was up until 1969. Marx was sold to Quaker Oats in 1972 but not much was happening after 1968. The Disneykins and the other small hand painted figures were made in Hong Kong unlike the playsets and 12" figures which were made in the US and Canada along with under license in Europe.
The witch and the other Snow White in photo #4 are from the Disney Park Series from the 200s aka now. The witch was a good figure to add. I wonder if they make the Evil Queen or the Prince.