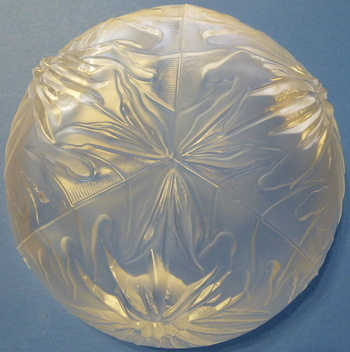 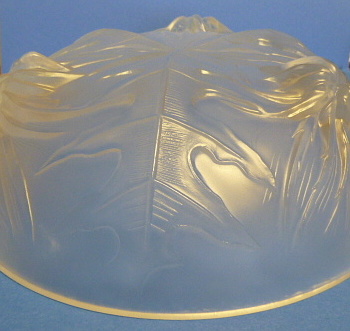 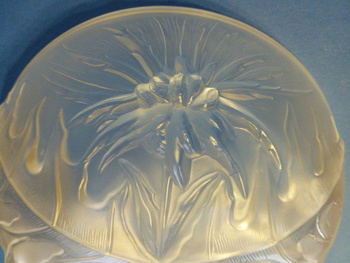 I went back to the store where I found the acorn footed bowls made using Verlys molds which were owned by Holophane and reproduced by Heisey (whatever) and found a piece of Holophane advertising glass. This made me dig deeper into the piles of junk there (actually it was on the same shelf) and I found this larger bowl which was reminiscent of the acorn footed bowls but this bowl is thistle and oak leaf themed. I paid $2.99 for it. Sure enough, when I got home I found examples of similar Verlys bowls on ebay. My bowl is not signed and does not have the Holophane mark, either. It is unmarked. My guess is it is probably another Heisey copy. The bowl is 8.5" in diameter and 2.75" high.