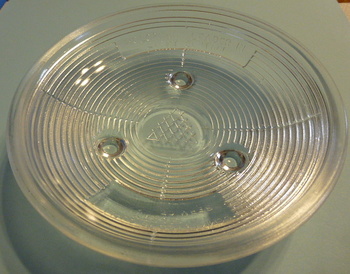 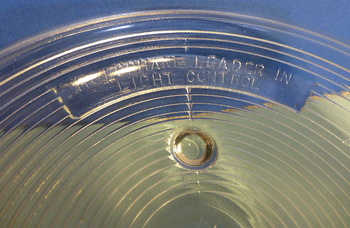 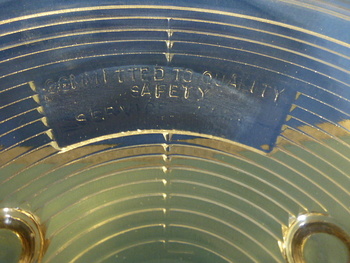 This bowl is 6 3/8" in diameter and 1 1/2" high. It almost looks like an automobile headlight lens cover. Probably adapted from one of Holophane's products. I am guessing it was made by Holophane, even though everything else I found in this batch seems to be made by Heisey.