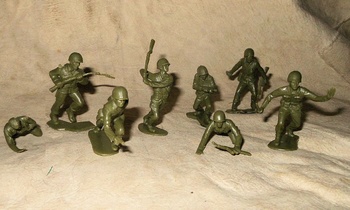 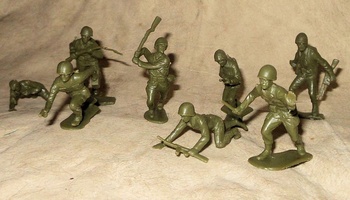 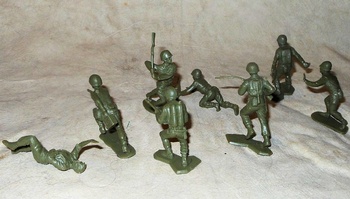 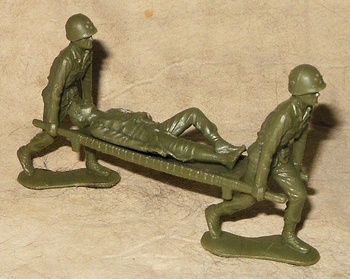 Marx was famed for their toy soldiers and these are some of their best. It is a group of WWII GIs with fine detail and excellent animation.
Cheap toy soldiers are rather two dimensional. Their arms would be out at their sides. These have very three dimensional photos. Even the figure on the stretcher (photo #4) has a knee up and the stretcher bearers have their arms to their sides but the feet or forward and back. Their legs are sagging as if they are carrying a heavy load. Another standout here is the soldier swinging his rifle.
These soldiers were part of the Marx Battlefield play set released in the 1960s. The soldiers were released separately in plastic bags at dime stores. They were sold from the 1960s (possibly 1967) through the 1970s.