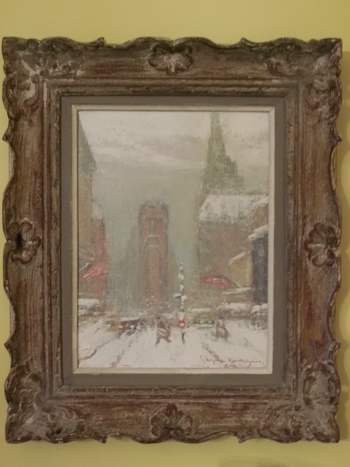 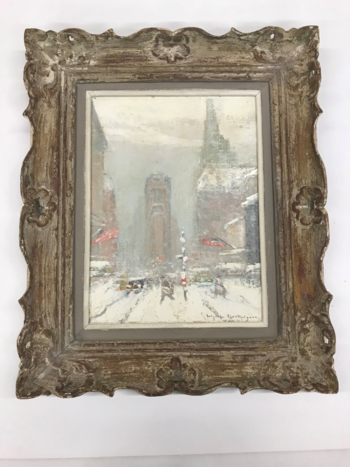 This is an O/C painting by Johann Berthelsen ( 1883-1972 ). Berthelsen came to America as a child and enjoyed early success as an opera singer and music teacher. His friendship with Wayman Adams resulted in a move to New York. When the Great Depression took a toll on his musical career, he began selling oil scenes of his beloved New York City, which quickly found prominent buyers including William Randolph Hearst and Frank Sinatra. While he also painted pastoral and mountain landscapes, Berthelsen's snow scenes of Manhattan are particularly prized. The frame is original and was made by the artist's wife. I was able to purchase this at auction for a very reasonable price.