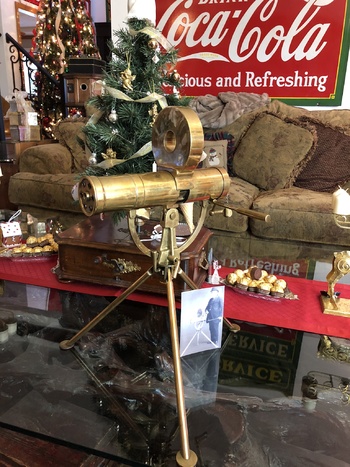 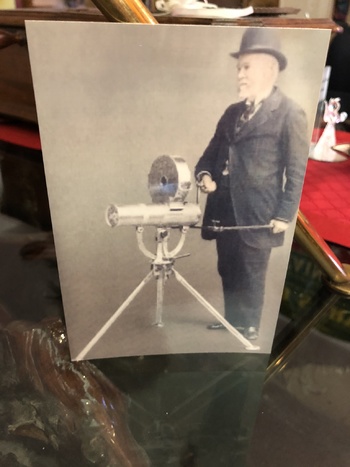 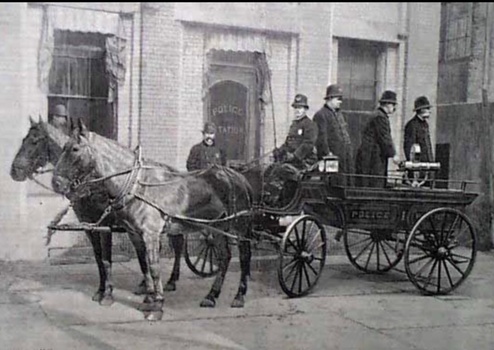 1893 Gatling Gun Company 1/3rd Scale. This is modeled after the 1893 Police Gatling Gun (see pic). Just like Gatling’s Gun, this integrates a full brass housing from the barrel group, which protects the mechanism from debris, sea spray, and other hazards, as well as the Accles pattern magazine, a donut-shaped drum that holds 63 .22 Short Rimfire cartridges with on-board drive rotor, this allows for higher and more consistent rates of fire than the gravity-fed magazines of earlier models. The 6 barreled firing mechanism chambers, fires, and ejects each round as the full size original does. This is an “Exact” replica of historic gun. Richard Gatling is in one pic with an original Police Bulldog Gatling Gun.