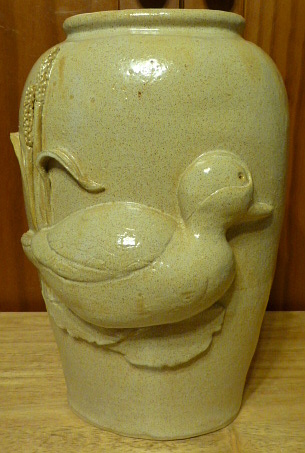 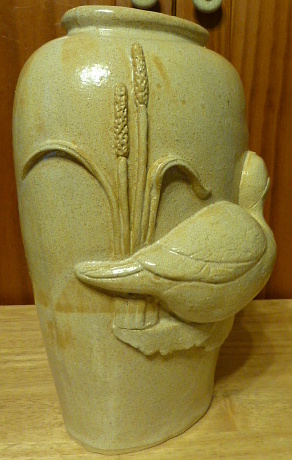 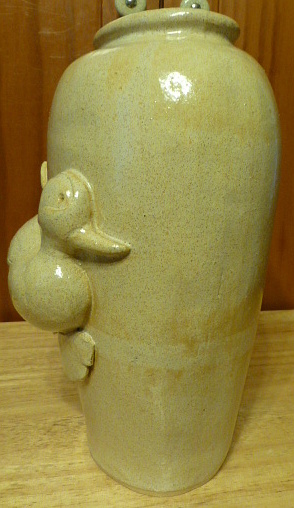 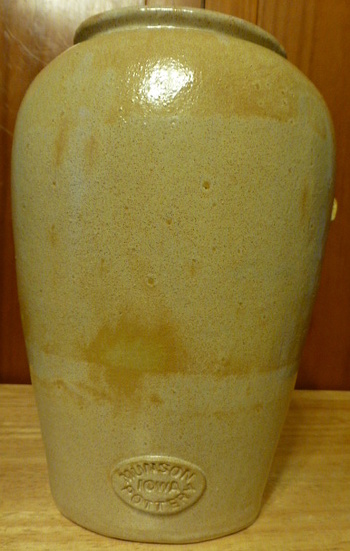 This is 10" tall x 8" wide x 6" deep,made by Munson Pottery of Iowa. I am still trying to attribute it. It has been at a thrift shop in a town about 60 miles from where I live for several months for $9.99. It has rotated through the half off tag process several times. It was apparently too strong a statement for the locals. I almost pulled the trigger on it a couple of times and decided to put it out of its misery today, so paid $5 for it. It is apparently meant to be used as floral pottery as there is a plastic piece from a previous flower arrangement glued to the bottom inside. Maybe calling it The Beast is a little strong, but it will surely make an interesting conversation piece. I also posted Beauty today, found in the Goodwill shop across the street later. There is just such a contrast between the two pieces, that I couldn't resist some drama. Leaving it a mystery until I can identify the maker.