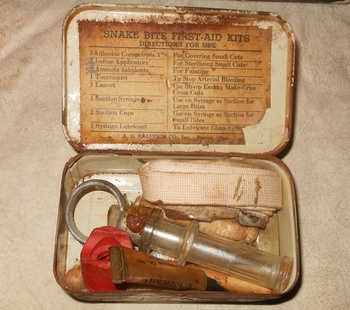 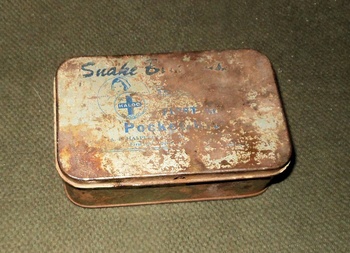 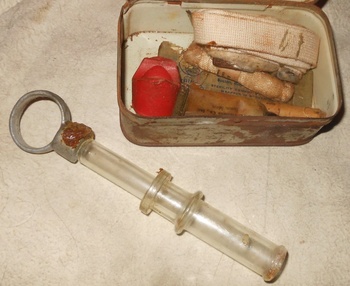 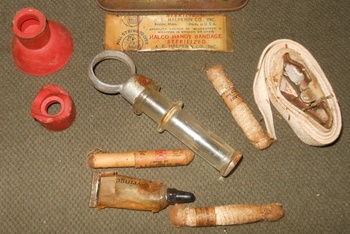 For those who like first aid kits this is a fun one. Back in the long ago and not so long ago snake bite kits were sold should one get betten by a poisonous snake. This was before snakes became venomous and plants were poisonous. If one looks in old books there will be mention of poisonous snakes. Also snake bite kits like these were thought to work. Now these and any other snake bite remedy is thought not to work. Now the only remedy is stay calm, get to a hospital and get anti-venom. Anti-venom being $75,000 a dose can make that expensive.
This is a fun kit anyway. The best part is the glass syringe. Way cooler than those rubber 2 piece sets used later. It does also have the rubber suction cups but I think those go with the syringe. The bandage is still there so probably never used. That is a fairly small bandage for a snake bite.