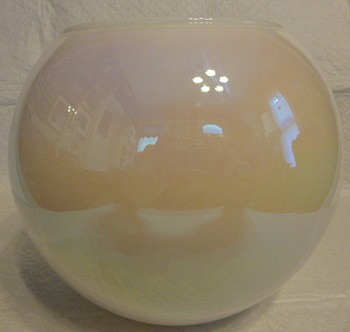 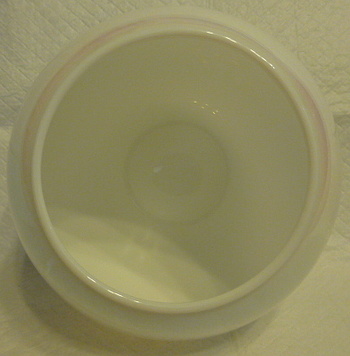 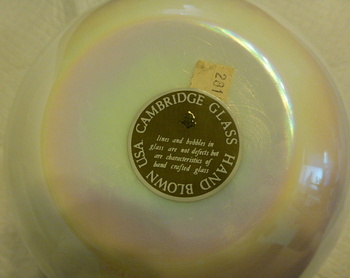 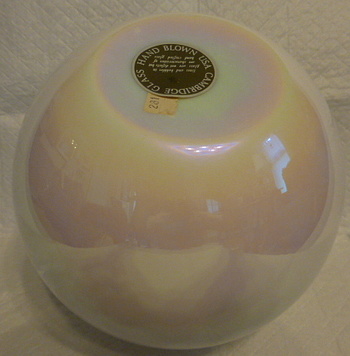 Nice to find one with the label intact! I have another one of these in opalescent that is about 13" tall and is more top heavy. This little guy is about 5.25" tall and 6" in diameter. I paid $1.99 for it at a thrift shop. Not sure if the other label is the model or not. The complete number is 281 03. This piece is at least 70 years old and looks brand new.

From Wikipedia:
Cambridge Glass was a manufacturer of glassware formed in 1873 in Cambridge, Ohio. The company produced a range of coloured glassware in the 1920s, initially with opaque shades, but moving on to transparent shades by the end of the decade. Unable to compete with mass-produced glassware, the company closed briefly in 1954, but was reopened in 1955. However, financial difficulties persisted, and, after several ownership changes, the factory closed for good in 1958. Imperial Glass Company purchased the Cambridge Glass molds two years later, and would use them for another three decades until that company went bankrupt in 1984. 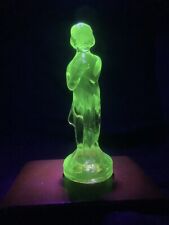 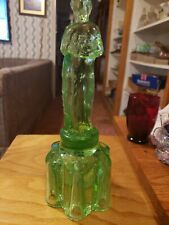