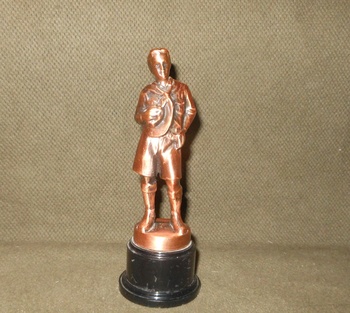 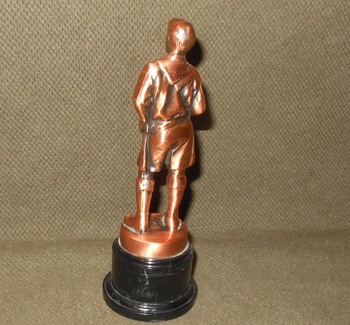 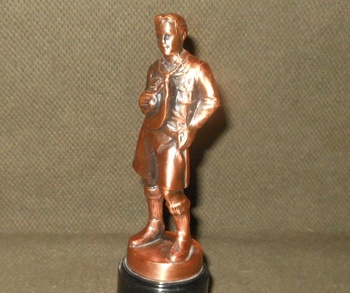 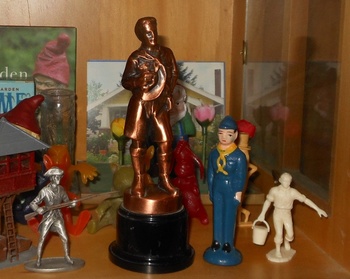 Once again special thanks to Bill a retired collector for this piece. It is a statuette of Boy Scout 6" tall including the base. The original which is life size was erected in Philadelphia back in 1937. It was made by R Tait McKenzie (a Canadian named McKenzie just like Bob and Doug). It was removed in 2013, not sure where it is now. There are replicas in the US, Canada and Great Britain and possibly more.
To back up a bit the actual original was an 18" statue made 1915. May be a while before I acquire a 1915 uniform.