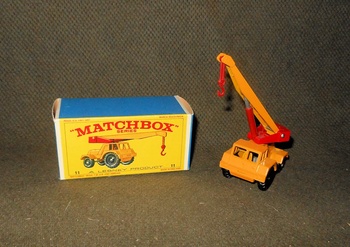 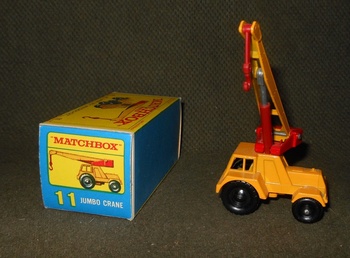 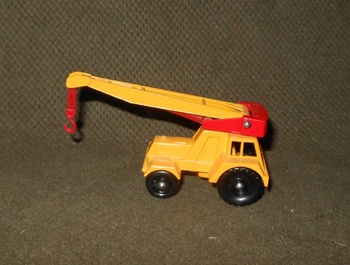 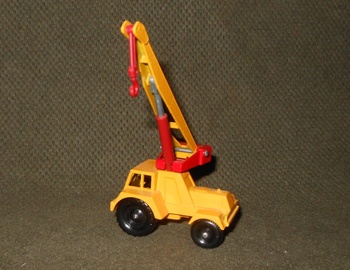 This model was introduced in 1965 and sold through 1968. The end flap is the E4 style which is the latest of the E style boxes. Thus I am thinking this example is from 1968. I am not exactly sure when the end flaps were changed. For next week's class I think we will cover matchbox boxes. Perhaps just the end flap variations depending on what I have.
As to the Taylor Jumbo Crane and how some Matchbox vehicles have two different names and when to use two or 2. The box says it is the Jumbo Crane. the catalog says Jumbo Crane but the underside of the model says Taylor Crane. All are correct including Taylor Jumbo Crane.
Better wrap this up as my mouse battery light is blinking. 360 revolving crane and it goes up and down.