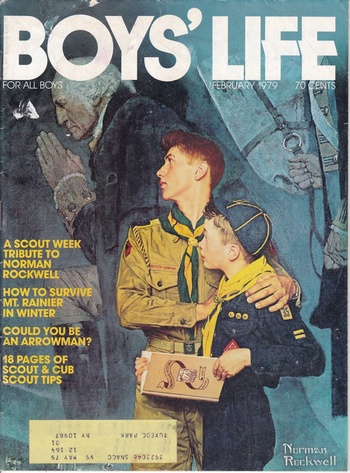 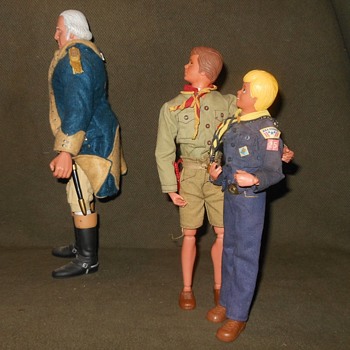 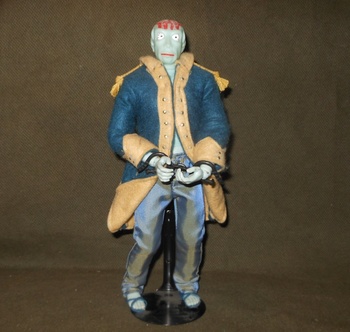 The February 1979 issue of Boys' Life featured the art of Norman Rockwell. On the cover is his Painting Our Heritage. Apparently the cub scout is reading a history book which has conjured up the spirit of George Washington. The Boy Scout has the Den Chief Cord thus he would be guiding the cub scouts. It is a very fine painting. I believe it was originally done in the late 1940s. It was on the February 1950 Boys' Life cover. I was looking for a good print of this painting and this fit my size and vintage requirement. It is slightly cropped (not by me).
But it kind of looks like to me a terrified cub scout being guarded by a somewhat terrified boy scout who is trying not to show it. So on with Action Figure Theater!
Photo #2, perhaps I should have added the horse.
Photo #3 the ghost of George Washington has run amok! Scouts flee is fear or attempt to stop him with the scout salute.
Photo #4. It turned out to be the caretaker in disguise. He would have gotten away with it if not for those meddling scouts.