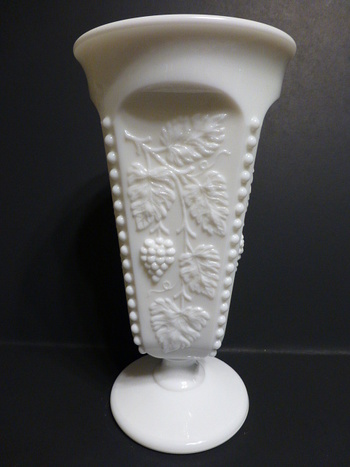 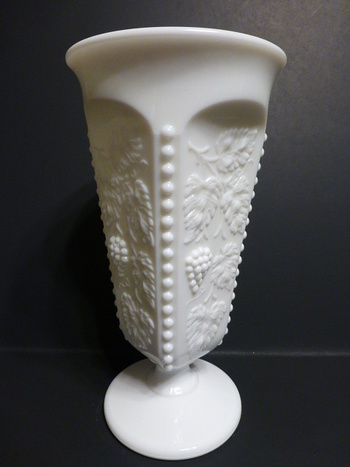 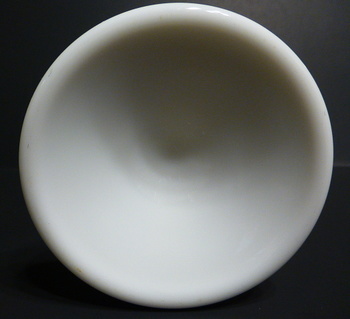 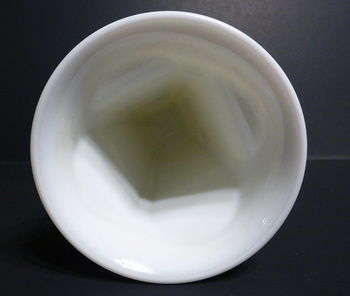 Another thrift shop find. I had not seen this vase before, so was entranced when I picked it up. After I picked it up, I noticed a woman following me around for a few minutes and thought I might have to fight her for it. She looked like a scrapper, so I was on guard. Turns out she had donated the vase the week before. It had been on the floor of her closet since the 1960s, when her mother died. She said her mother had had it for many years. So, made between 1948 and the early 1960s since it has the W over G mark on it. Very busy vase, quite substantial with the same design on all four sides. Fun to handle as it is heavy, has lots of textures and an interesting shape. It is about 9.5" tall. Paneled grape is my favorite Westmoreland design and I have a lot of it. It was one of the few things that I still occasionally added to my collection when I stopped collecting glass. I actually worry about what will happen to it when I am gone and trying to identify a relative to take it all. 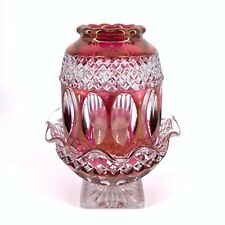