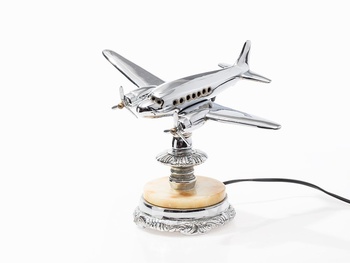 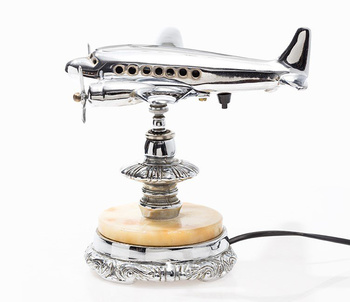 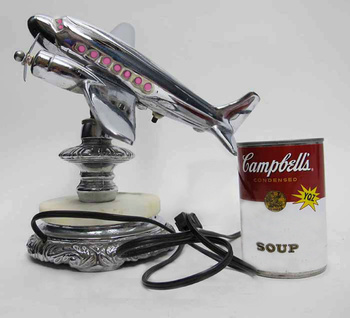 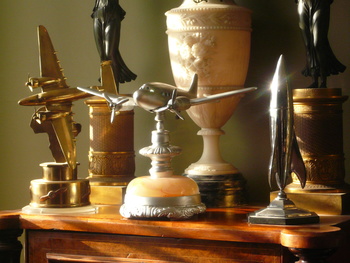 I believe I got this Canadian Table Airplane Lamp circa 1950 sometime in March 2018. There was a large auction of memorabilia in Chilliwack B.C. and they also had a floor airplane ashtray stand.

These airplane ashtrays were only made in Canada for a short time in the late 40's to early 1950's. There are pics out there of the american made ones with 1939 worlds fair glass - but beware those were actually made in the 1990's from a guy in the states called Ric De Rico. These Canadian small ones were made for a very short time in about 1950 and VERY FEW were made, so finding one is tough ! The airplane wingspan is about 14 inches, and I usually keep a red bulb in the airplane which goes on and off, like an airplane in the sky !!~