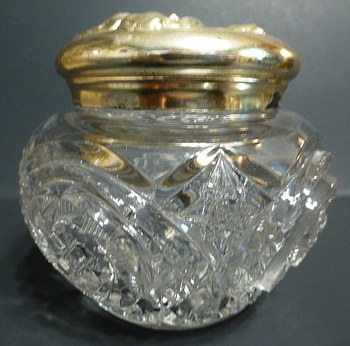 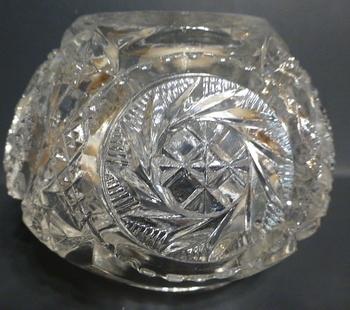 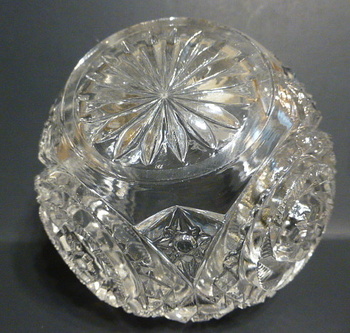 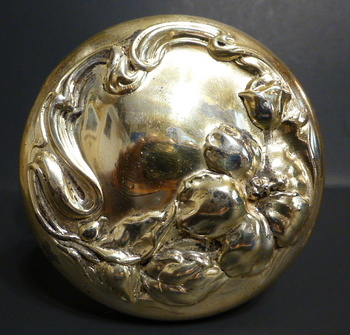 Thrift shop find today. It was marked $4.99 but there was a 75% off sale, so I paid $1.25 for it. My guess is the pattern is something like star and pinwheel or pinwheel and star, but just a guess. I only found one example like it, that on ebay, but it was set up as a vase with a frog instead of a solid lid.

It measures 3.25" high without the lid and 4" in diameter. It is 3.75" with lid. The lid is made of metal and plated to look like gold. The bottom is ground flat. It looks like it was made in a four piece mold, i.e., four mold lines. There was a candlestick in the same pattern, which I also bought. Both are very high quality workmanship. Neither piece is marked. A mystery. Mint except for a scratch on the lid. The lid has some tarry substance on it that I removing with rubbing alcohol, but it is slow going. 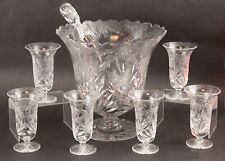