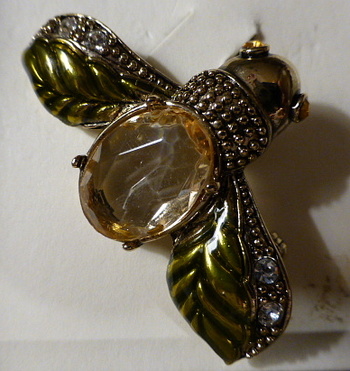 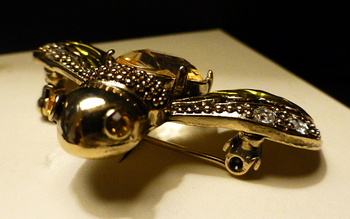 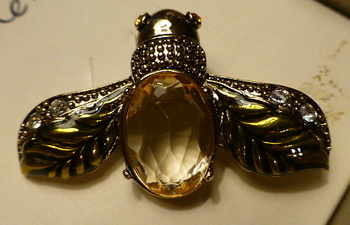 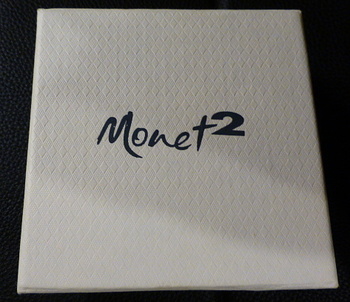 Newfld's glass lion and lion pin kept gnawing at me and I finally realized why. I bought this NOS Monet2 pin in the original box several years ago and stuck it in my china cabinet. I like giving jewelry to friends so always have my eye open for things I like, but I usually buy pieces by studio artists, one of a kind or limited production stuff. I have a bunch of that stuff tucked away from when I lived in Seattle 1978-1992, but no idea where it is. Anyway, I knew right where this pin was, so here it is. It is 2" wing to wing and 1.25" nose to tail. It is hard to photograph as the way it is constructed it is meant to be viewed from several angles, I think. I hope I did it justice. It has a lot more sparkle than my images show. It has never been out of its box, so could probably stand a wash.