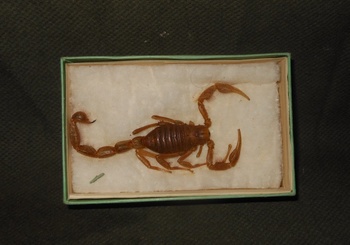 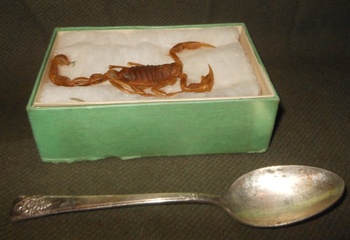 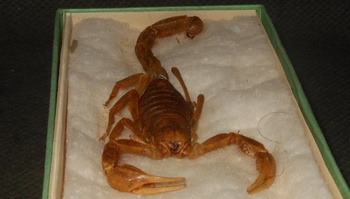 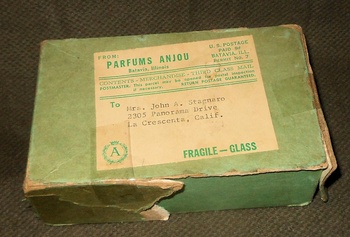 Have not bought any dead stuff for a couple months but I bought this one because it came in a vintage box. Looks like 1950s or whenever it costs 9 cents to ship a box like that.
I see a lot of those big black Emperor Scorpions which are much larger but not so many of these ordinary but still large scorpions from the American Southwest. This one measures 4 inches as it sits from the curve of the tail to claw tip. The body is an inch and half long so it isn't exactly small. Not sure how strong the venom is but I know the Emperor Scorpion is the same as a bee sting. Good chance this one is stronger but probably not deadly.
Noting the box is to Mrs. John A Stragnaro which is a bit old school. Just like charging 9 cents to send a package.