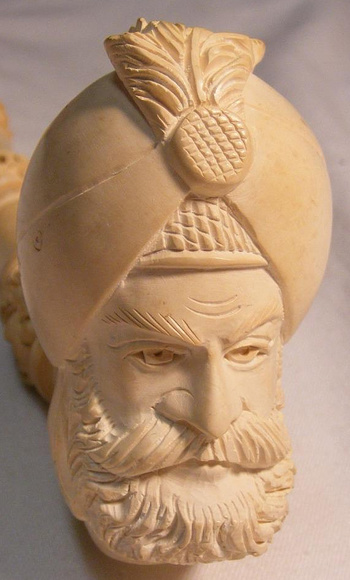 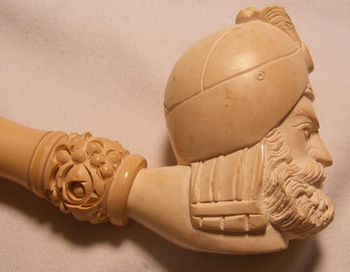 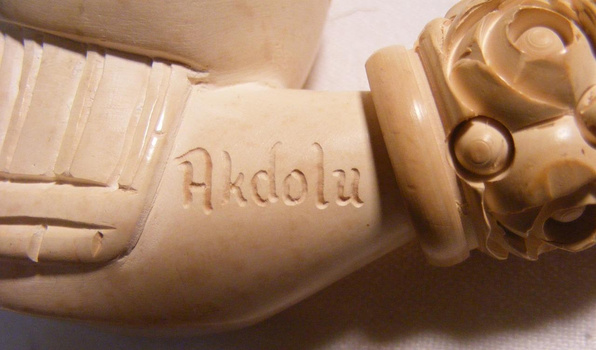 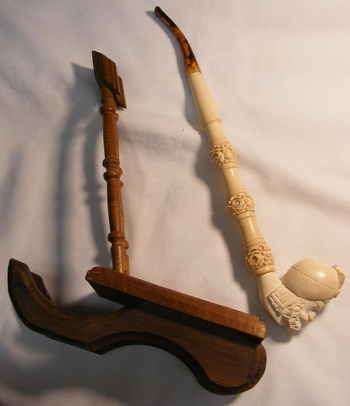 Since I have not collected meerschaum pipes for well over a decade, I just wanted to make sure that I was not talking out of my rear end when I said it is still possible to buy good quality carved meerschaum pipes out of Turkey, so I bought one on ebay. It is signed and apparently made by either Huseyin and Cuneyt Akdolu who worked out of Adana, Turkey, instead of Eskisehir as is far more common. They were apparently brothers who are well regarded in the meerschaum carving community and specialized in figurative subjects. Their father was also a meerschaum carver. The father and Huseyin are deceased. Their work is represented in the Turkish Meerschaum Museum.

I paid $31 with free shipping for this one on ebay. It is a bit of an oddball as it is 13" long and comes with a wooden stand instead of a case. I prefer cases and actually see the inclusion of a case as a comment on the quality of the piece. In this instance, though, the case would need to be monstrous in size. Judging by the images, the bowl is probably medium sized. Not sure how such a long pipe would smoke, but I may give it a shot, even though I am a reformed man. It is an unsmoked pipe, though, and smoking might affect its desirability for a collector..

It may be more of an art piece as opposed to a pipe that is meant to be smoked. It appears to have been waxed with a colored wax to give the appearance that is has seen some use. A brand new meerschaum pipe is typically white. It is also possible that it got a bit of color from age as it is probably 20-30 years old. Likely from an estate collection. The quality of the carving is good, not great, but it did not cost hundreds of dollars, either. Based on other examples of their work that I have seen, the Akdolu brothers are very capable of doing very fine work, but they probably made pipes like this to pay the bills. Be prepared to pay more for an intricately carved quality pipe. I think I just got lucky on this one and the signature matches other examples of the Akdolus' work so it is probably genuine and probably worth three or four times what I paid for it. I saw numerous examples of nicely carved pipes from estates for sale on ebay that were modestly priced, so the barrier to getting a couple of nice examples is fairly low. 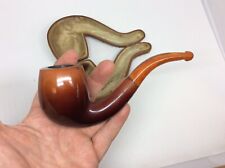 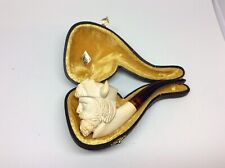 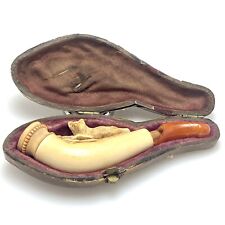 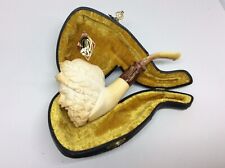