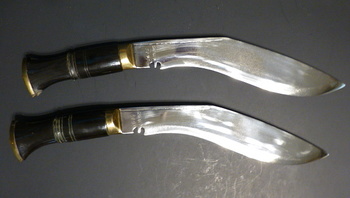 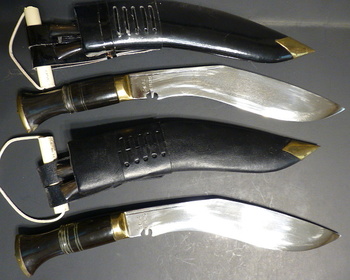 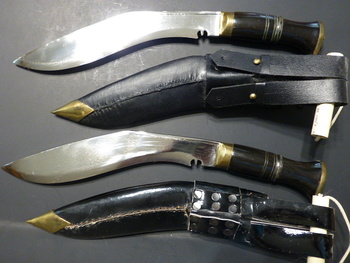 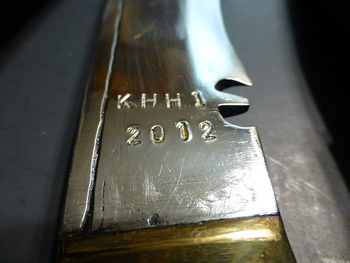 I bought these in 2012 from Khukuri House International (KHHI). KHHI won the British government military contract in 2012 (and several other years) to provide khukuris to the British Ghurka recruit class of 2012. KHHI produced more knives than needed in their initial run and sold the extras to their customers. You can still buy this set and a set for 2013, but I am not sure if they are part of the original, initial run, or if KHHI just keeps making them. The set consists of two knives, the Service #1 used for parade and formation use. The Service #1 has a highly polished blade and handle and glossy leather sheath. The Service #2 is meant for training and combat use. The blades and handles on the Service #2 are not highly polished and the sheath is matte black. The knives are identical, dimensionally, with a 10.25" blade. The white tube and cord I added to hang these. They hang on my living room wall with several other khukuris.