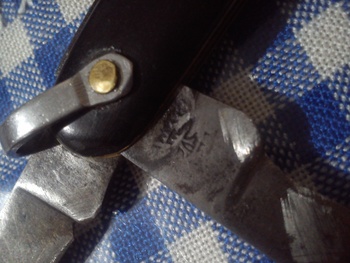 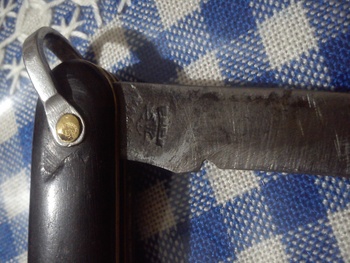 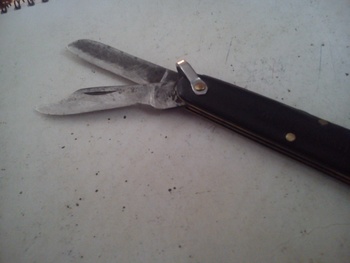 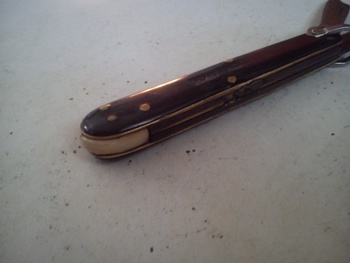 Hi there. I recently got his knife from my grandfather. As he told me it was given to him by the fieldguard -a sort of police force put in place to keep people's farmland safe from thieves - (at least thats how it translates from greek) after retiring sometime in the mid 60s or so . After that it accompanied him when he went hunting. Anyways, the handle is made of hard ruber and the housing for the blades seems to be made out of brass. Upon examining the blades I noticed the manufacturer's stamp on the outer side of both blades. The one on the first picture is clearer but but was been chipped away from regular use. It looks like a headless eagle or maybe an axe of some sort. The same goes for the other blade but there seem to be some letters next to it. I could make out an I and a W or it could be an M and an I(depends on which side you consider top and bottom) The rest of it I couldn't make out. There is lettering visible on this blade because it was much less used. I would much appreciate any information about who made the knife and anything else relevant to it.
Thank you.