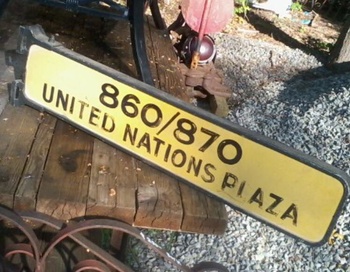 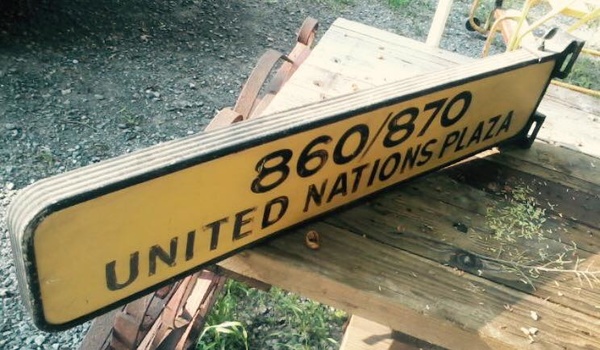 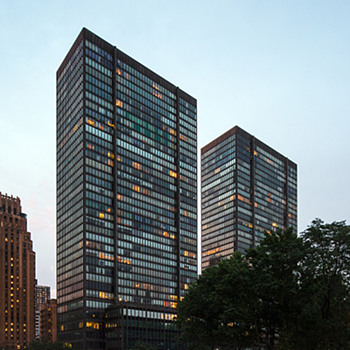 This street sign originally saw service service in the borough Manhattan. It is labeled as 860/870 United Nations Plaza, a twin-towered apartment complex (as shown in the third picture) that was built in 1966. Hence, the date of when the sign was produced and installed in the immdiate vicnity. It reflects the standard color scheme for street signs of the time, in which was black on yellow in Manhattan namely. Though the overall style of this sign stands out in particular, as it was foreign to that region. Modern signage then, like today, was made from vinyl-aluminium, but this sign is made from porcelain, a previous material used for NYC signage in the years before. A sign case, as well, encloses two signs, each single-sided. A design implemented previously for porcelain signage in Brooklyn and on Staten Island in the 1950s. Overall, a rare and an exceptional find, making this an awesome piece of NYC street sign history.