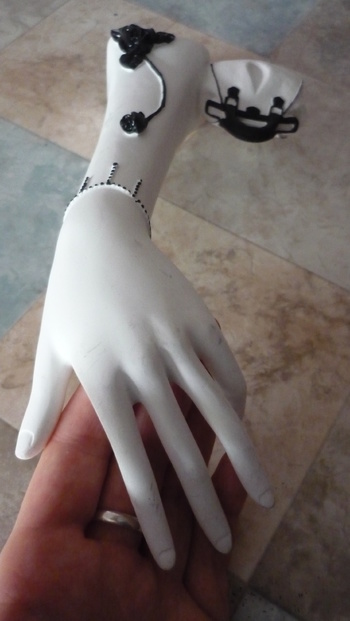 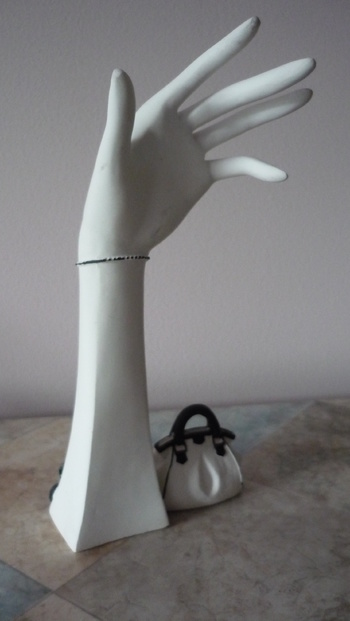 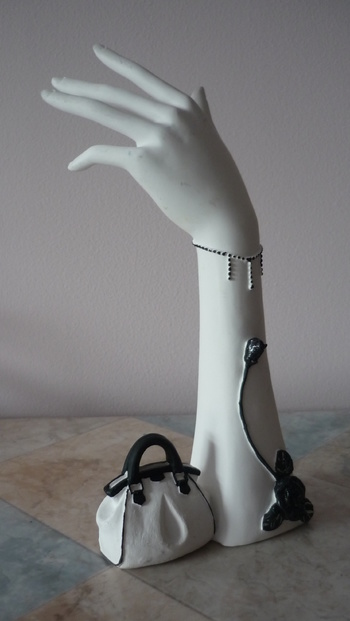 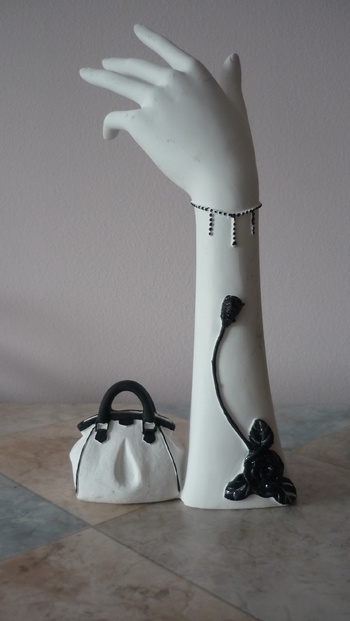 Hands down this has got to be THE creepiest, but strangely prettiest thing I've ever discovered in a charity shop. Well,....actually it was my grandmother who spotted it, or her? I think it looks like a reanimated corpses hand waving from a swamp, or trying to claw it's way out of a grave (Yes, I know it's morbid....)
On closer inspection it seems to have been made in Spain and was probably a souvenir that someone found too creepy to have around them!
It's not made of porcelain or plastic but it is a rather heavy clay type of material and has nice little details like the black rose and bracelet on the back. We think it may be a ring rest of some kind but it's in a very odd pose so I suppose it would be very hard to actually rest a ring on it? Whether or not it is a ring rest or a creepy little statue I'm not certain,- we just don't use it for rings as it sort of takes away from the creepiness of it!
Cost €2 ($2.31/ £1.79)