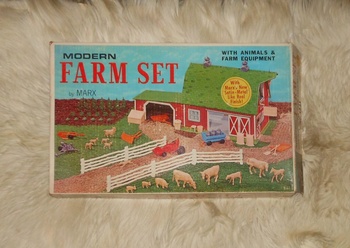 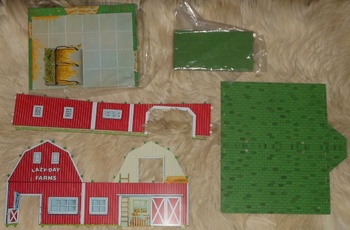 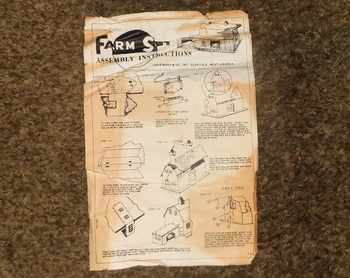 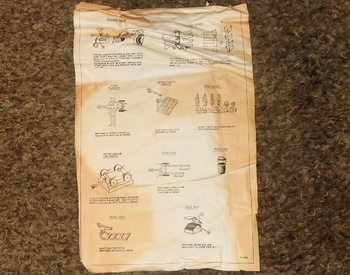 Picked up this very close to unused condition. The pieces have been placed in plastic bags which were not the bags that came with the set but otherwise it appears as brand new. The tin litho barn was never put together and none of the other pieces such as the farm equipment was ever put together either. All the pieces on the box cover photo are present. Marx Toys did not always match the box picture with the contents but in this case they did.
Apparently this set was made in the late 1960s. I was thinking it was earlier because in the late 60s they had another set with better made animals although the ones that came with the set are nice.
There is going to be a part 2 and probably a part 3 for the farm equipment, animals and crops. Now to put together the barn or not put together the barn?