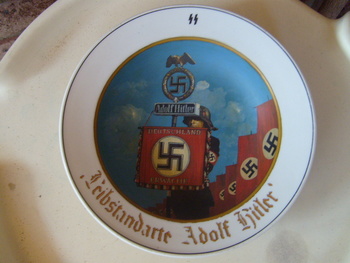 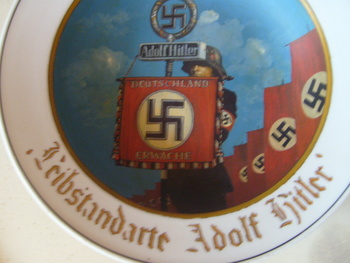 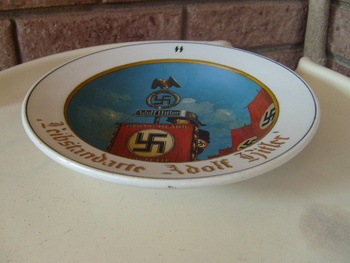 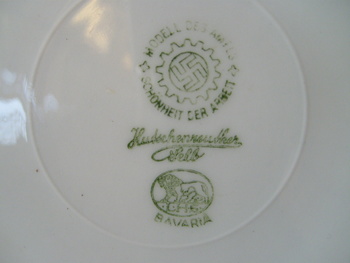 WW2 German relic porcelain plate , a couple of experts have seen this plate but nobody has seen one before and are generally unsure of its origins. Its factory transfer printed not hand painted and has the SS symbol to the top with leibstandarte adolf hitler to the bottom border , backstamp see pic. Ive been told this would have been awarded to hitlers inner circle of commanders as a gift. Ive also been told it could of been a fantasy plate painted after the war. I guess the maker might have records of this piece being produced , or it may have been commissioned and unrecorded as may items probably were in war time. This plate is like any other item from war times a relic of the past and nothing more the image must be shown to describe the plate and is not intended to offend anyone. I believe it was brought back to australia by a collector of WW2 items from overseas. As mentioned 2 experts have seen images of this plate and both opinions differ to the point that maybe their is others out there that may know more and perhaps can share their opinions on here thx.