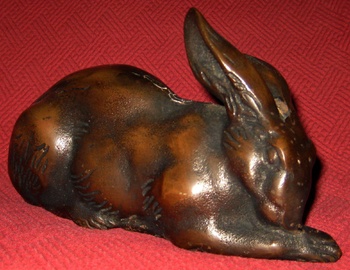 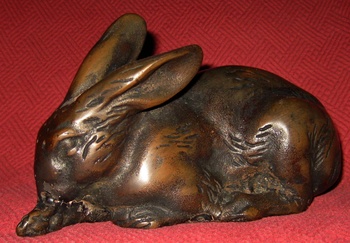 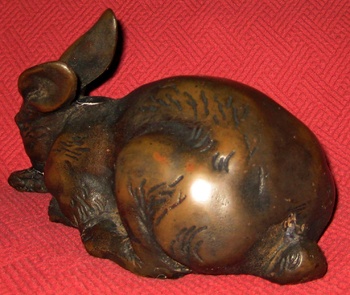 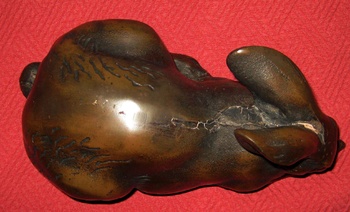 Hello everyone!!
It's been a while since I've posted a rabbit or hare, so, today we have a vintage Japanese made cast iron hare. It's made to look like bronze, but there was a reason for this. Back in the early part of the 20th century, bronze was difficult to come by in Japan, but iron was plentiful. They'd cast their sculptures in iron and color them to look as though they were bronze. This was a common practice in the early part of the 20th century in Japan. It's not in the best condition, but these are becoming more and more difficult to come across and I bought it while I had the chance. This rabbit measures 9" long, 4 1/2" tall and 4 1/2" wide. 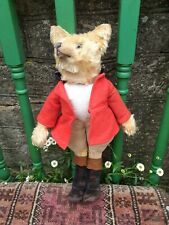 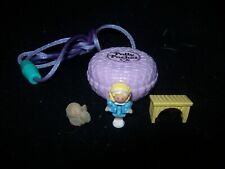 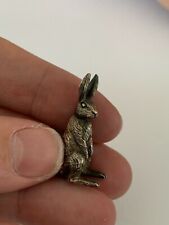 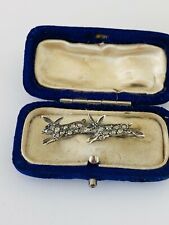