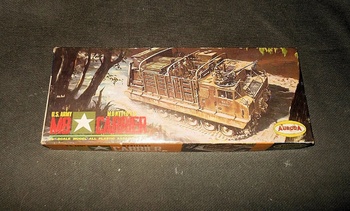 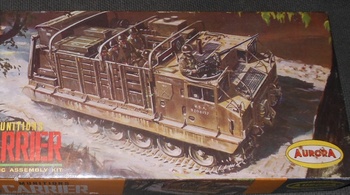 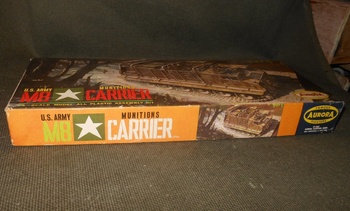 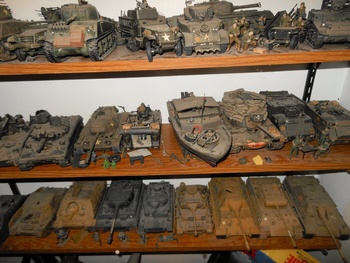 Aurora was one of the early makers of military plastic kits. I think it was in the early 197s that companies like Tamiya took over. Anyway Aurora had a good run from the 1950s-70s. They were mostly known for their monster models but they did make several military kits. This one was 1:48 scale. Other companies like Revell were doing 1:32 but 1:35 ended up being the winner.
As to this kit and the vehicle portrayed it was a munitions carrier which carried the ammunition for artillery. There was another set that came with a 203mm howitzer aka 8" wide shell that weighs 200 lbs. Artillery uses a lot of ammunition so a separate vehicle was needed to carry it. As this is a tracked vehicle would probably be used with self propelled artillery (as opposed to towed). As usual for Aurora the box artwork is quite nice considering it is not a tank bristling with guns.
Last photo is some of my tank models to make up for not having this one. But the box was worth buying anyway as it is 50-60 years old.