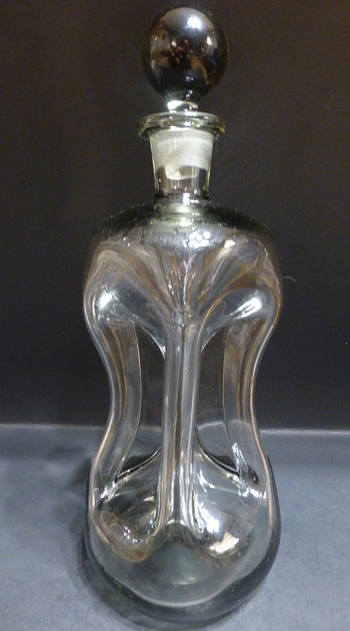 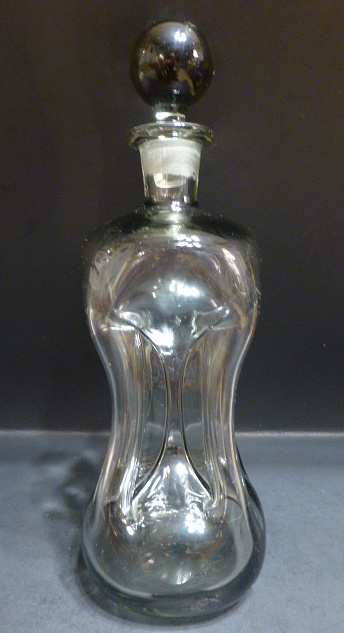 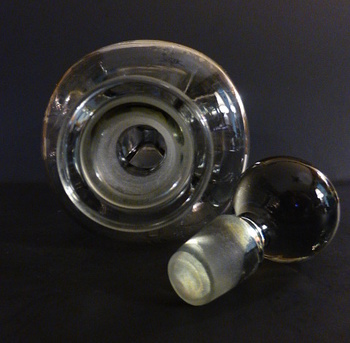 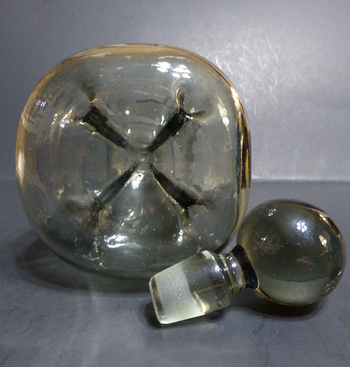 There are already several of these on CW, with great images, but missing stoppers or having a relatively uncommon stopper. The one posted here has the most often seen stopper for this decanter and, though Holmegaard has been making these continuously for almost 170 years and they are quite common (even in Illinois!), I thought it would good to have the most common configuration, including color, represented on CW. My unscientific survey shows smoke to be the most common color, followed by crystal. This is not one of my favorite decanters as the pour is a bit messy but they are apparently as common in Danish homes as can openers are in American homes if some descriptions I've read of these decanters are to be believed. It measures about 11.5" high and 4.5" square. It has a ground pontil and is a nice piece of glass. 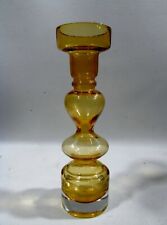