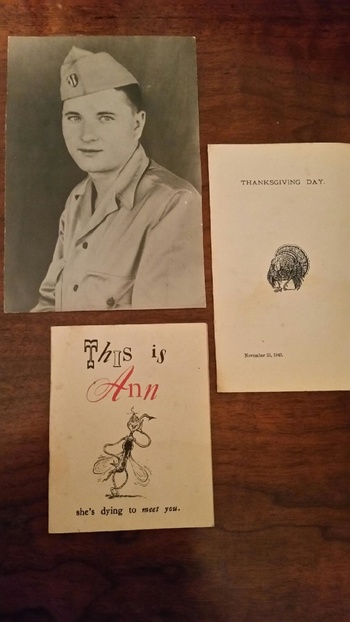 Dad's Military picture. I was fortunate to get his box of letters from WWII. Included in the box were a Thanksgiving menu from the hospital in India and a "This is Ann - she's dying to meet you". Illustrated by Theodore Giesel (later Dr. Seuss) - a handout for the troops warning of the dangers of malaria

Serving as one of "Merrill’s Marauders" officially named the 5307th Composite Unit. He did end up with with malaria and spent time in a hospital "somewhere" in India.

Another interesting letter in the box was his orders. It was torn into many pieces, but I was able to put them back together. All in all there are more than 50 letters, a handful of risque (for the time) magazines and a couple photos. 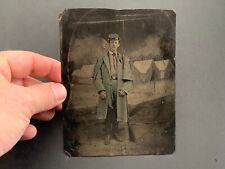