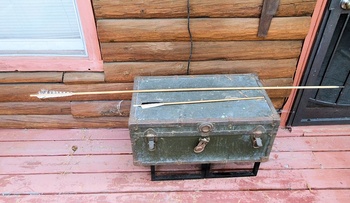 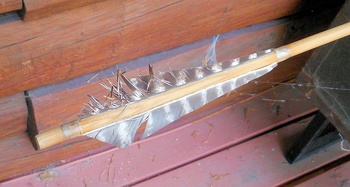 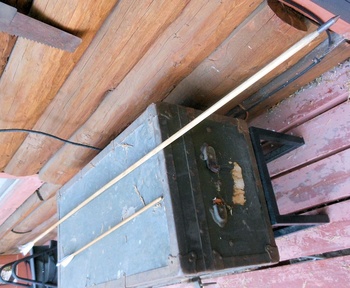 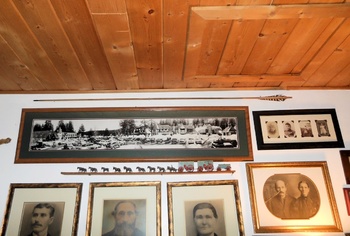 An actual real functional giant arrow as opposed to something that looks like an arrow but isn't actually an arrow. I am thinking this was used with an atlatl or spear thrower. That's a stick about a foot or so long for launching a spear although the spear looks like an arrow and is called a dart. So this may actually be a giant dart. It would make lawn darts even more fun then it was before.

This arrow or dart is a bit over 6 feet long. It does not have a nock which is the place where the bow string would go. I have a regular arrow next to it in the first photo to show the size difference. In the last photo I have it in its honored place just above the ancestors and below the attic door. Now when people come over they can comment on my giant arrow and we can discuss the atlatl. The atlatl went extint as soon as people figured out how to make a decent bow.