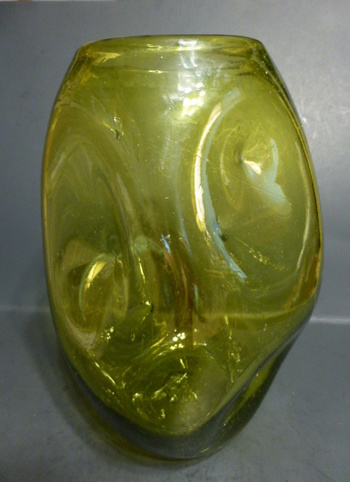 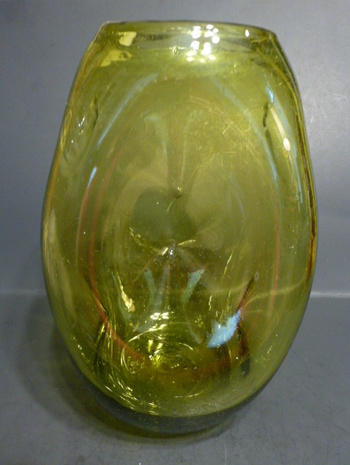 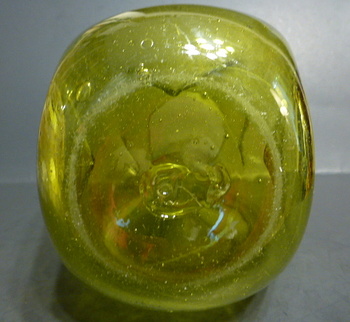 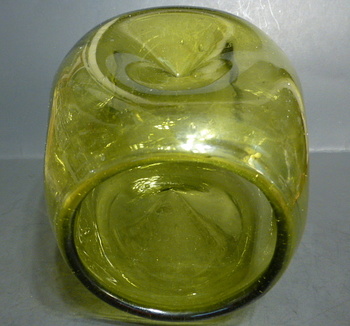 This Blenko vase is 9.5" high. I found an example in Blenko's 1953 catalog, which is the earliest catalog available on their web site. I suspect this vase was made in years on either side of 1953. It disappears from Blenko's catalog in the late 1950s. The bottom on this one has a lot of wear, consistent with 65 years of use. I found it at the same thrift shop where I recently found the pinched/pinched top Blenko vase I posted here recently. This vase was tucked away on the lower shelf of a cabinet so I suspect that I just missed it. Priced at $12, I offered $10 for it and got it. If it was not such a large vase I would probably have passed on it.