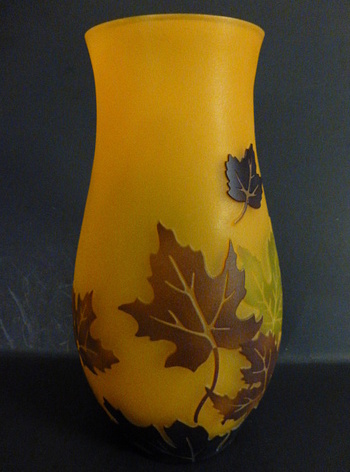 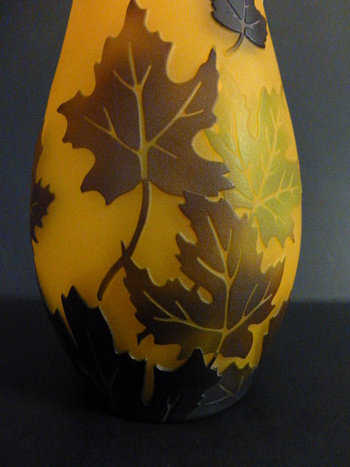 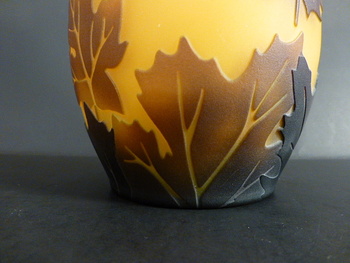 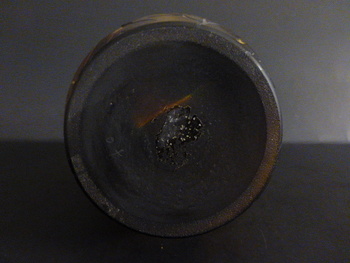 This vase is 8.5" high x 5" diameter at its widest. A $1.99 thrift shop find today. I have found a few examples of this vase, only one of which had any marking, some cryptic etches on the bottom. Can anyone tell me something about this vase? In a couple of instances, it is described as "after Emile Galle", but no one claims it to be his work, instead describing it as a 1950s vase.