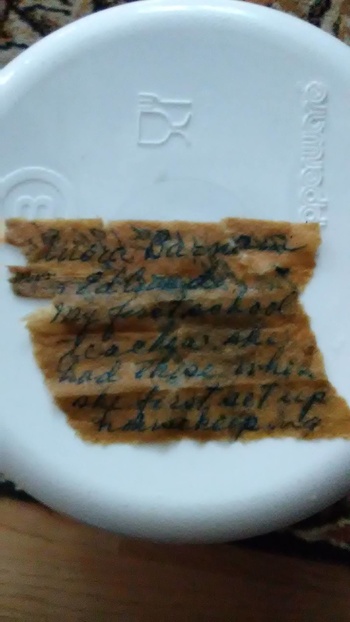 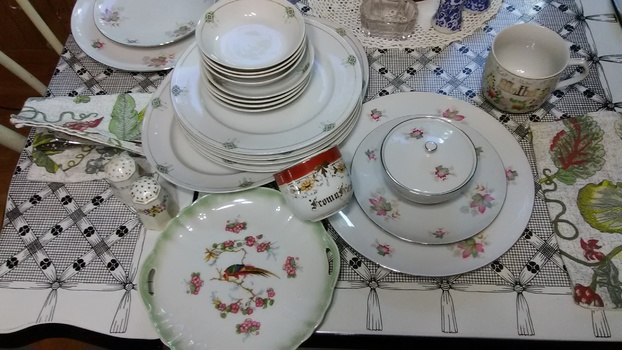 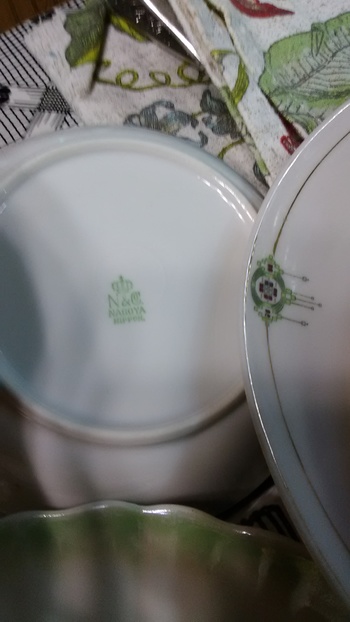 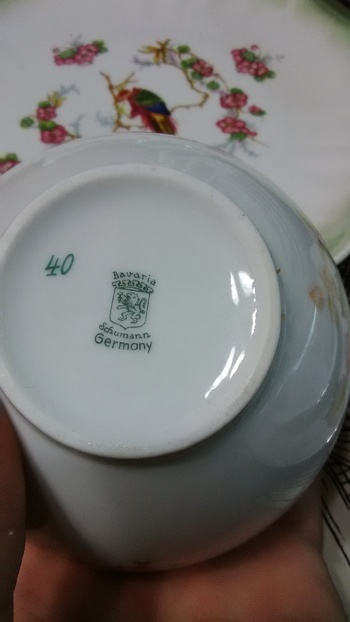 Recent thrift-store finds.
More Nippon (pre-1922 Japan) porcelain and some 1910s and 1930s German porcelain (pheasant plate and 'From a friend' cup). I have a set of four plates/saucers for each, along with a Nippon tray to match. There's a salt and pepper shaker set (Nippon) I got too. I thought the salt shaker had dirty salt in it, so I filled it with water and stuffed the cork back in, shaking it up periodically over a period of four days.
Upon going to dump it out, I realised that the salt was really paper wrapped around the original cork. Someone stuffed it in there and re-corked it. LOL.
Miraculously, the paper had survived four days of immersion, and so, too, did the writing. It was written in 1963, attributing the set to the writer's first school-teacher. That note hadn't likely been seen in 55 years!