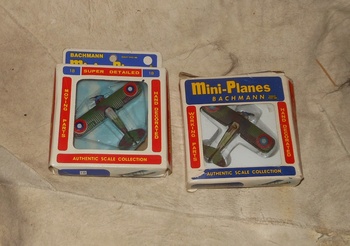 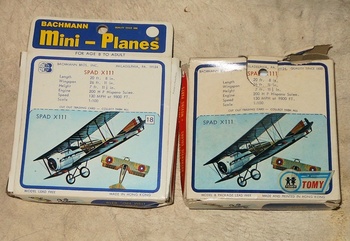 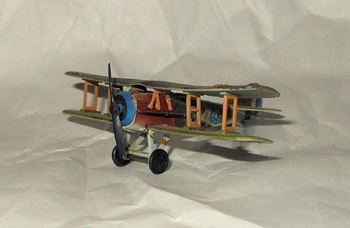 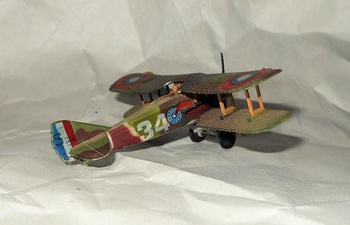 Actually a pair of SPADs. The first one I got was mailed in an envelope and thus arrived somewhat crushed. Bachmann Mini-Planes are plastic so they are not the most rugged of toys. Thus they can not be mailed in an envelope even a padded one. I managed to get most of it back together but I still needed another.
Got one today in a slightly crushed box but the model was fine and it was the low price of $5. This one has an earlier style box where a tab on the back of the box is opened to be hung at a peg at the toy store. Not too many toy stores around anymore. Anyway this is 1:100 scale which is large for a Mini-Plane. But Mini-Planes are roughly all the same size but different scales similar to Matchbox cars.
The SPAD XIII was a French late WWI fighter plane. It was a successful plane and over 8,000 were built. It had the usual dual machine guns that shot through the propeller
. An exciting Matchbox Monday coming up so stay tuned!