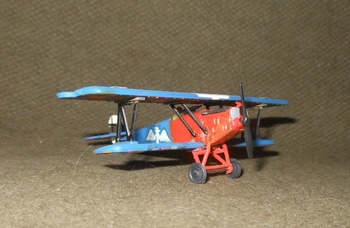 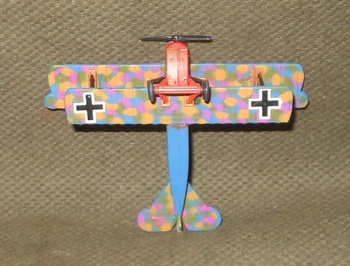 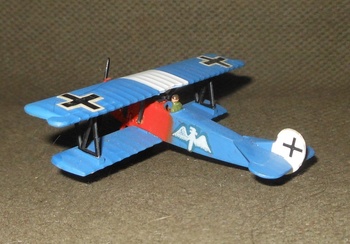 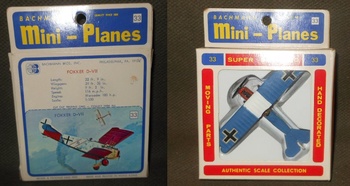 Another of my WWI Bachmann Mini-Planes. These were made from the late 1960sto the early 1980s. This window box is from the 1970s. Not a huge amount of collectors so prices are still affordable. It is easy to get boxed models for under $20.
This model has quite the colorful paint scheme. It is probably the plane that the other planes would link up with after they took off. They used brightly painted planes like this in WWII so that formations of bombers could link up for their formations. The model is one of the more detailed with the machine guns and exhaust.
The actual plane was one of Germany's most successful fighters. The large wings gave it a low stall speed and it would not spin out of control like other fighters. At air shows there are always a few planes that can hang in mid air and this would have been one of those.
My WWI mini-plane is almost complete. I just need the Sopwith Camel. The Albatross is on the way.