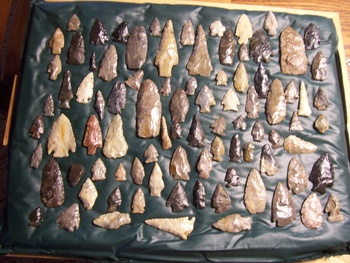 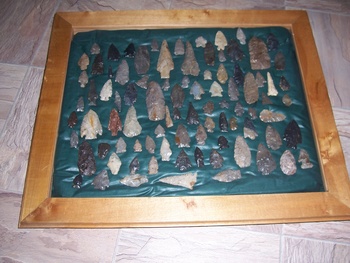 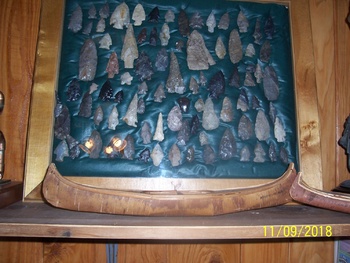 Found these in an old cigar box in my father-in-laws attic! He said they were from the farm and his father found them when it was a potato farm. He told me to keep them but I said no, I`m going to frame them for you.
So I made a frame from the old maple boards I salvaged from his grainery that we tore down. He passed away a year and a half ago so My mother-in-law gave them to me. I still have half a box of damaged pieces. Thanks for looking! Rob