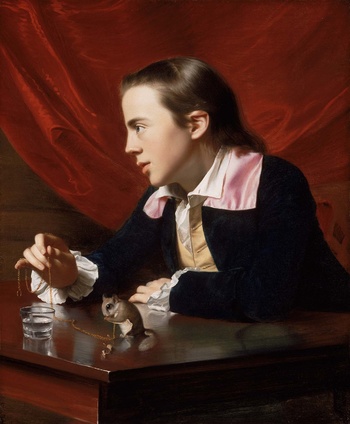 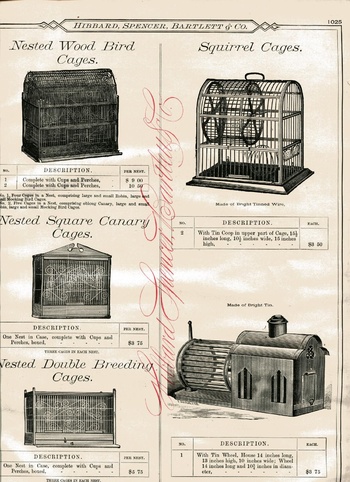 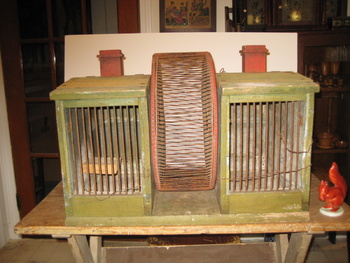 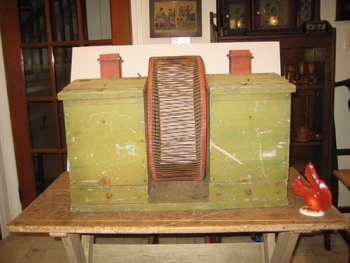 Squirrels were once kept as pets. See the portrait of Henry Pelham in the collection of the MFA, Boston painted by the important American artist John Singleton. He is depicted with his pet squirrel!

Squirrels must have been popular pets. See the page from a hardware dealer in Chicago, Ill. which offered commercially produced squirrel cages with exercise wheels. They typically were in the form of a house and made from tin. Made sense. A squirrel couldn't gnaw through tin.

Some decided to produce their own. This one is a double one with an exercise wheel. It is wood, tin and paint. The old green is over an older blue. I date it from the late 19th to early 20th century

What impressed me about this one is that it must have been made by a professional tinsmith. Everything is meticulously lined with tin, including the exercise wheel. The drawers are made from tin with wooden fronts. Just too well made suggesting the hand of someone who was well versed in tinsmithing.

I consider this a wonderful piece of folk art.

Squirrels have also been considered food, as they still are in some parts of the US.

I suspect that as with chicks, ducks, bunnies and lambs, after a period of being considered a pet, a squirrel might have made it into a stew pot or onto a spit.